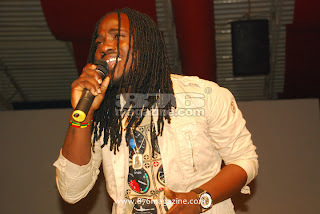 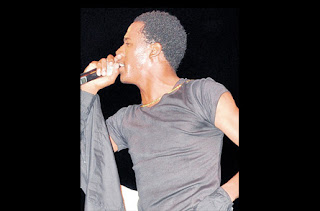 Kingston Jamaica - REGGAE artistes I-Octane and Romaine Virgo were the two standouts at the 12th staging of GT Taylor's Christmas Extravaganza at Independence Park, Black River, yesterday morning.
Due to the lack of proper time management, some of dancehall's highly anticipated acts got very little or no time on stage. Bounty Killa and his Alliance squad set was cut short whilst Aidonia's performance was less than two minutes. DJ Spice didn't get an opportunity to perform.
When I-Octane made his entrance on stage the patrons went into a frenzy. Aerosol spray torches were ignited and the symphony of horns and whistles was almost deafening.
Among his strings of hit songs delivered during the first 15 minutes set Mind Who Dem A Diss, Study Yu Fren Dem, Burn Dem Bridge, My Life and Loose A Friend.
During his performance, a huge fire was lit in the general section much to the disgust of several patrons.
The torches were re-lit when the Alliance and Gully Squad lead by Bounty Killer and Mavado, respectively, hit centrestage.
"Mi want dem free up Vybz Kartel as mi and him have unsettled business," said Mavado before hurling the lyrics to several hit songs such as I'm on the Rock, Starlight, Whe Dem A Do and Delilah.
Kiprich also gave fans a teaser of what to expect at Sting with the clash with Tony Matterhorn, Merciless and himself.
Before his set on stage came to a premature ending, Bounty Killer, gave his social commentary in such as Poor People Fed Up, Caan Believe Mi Eyes.
Khago, Cocoa Tea, Twins of Twins, Teflon, D'Angel, Macka Diamond, Lutan Fyah, Chuck Fenda and Zamunda gave a good account of themselves.

I-OCTANE ENDING THE YEAR WITH A BANG 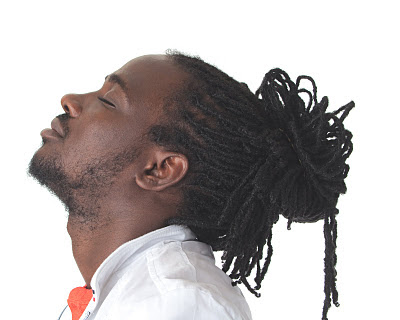 KINGSTON JAMAICA - Reggae Sensation I-Octane has been at #1 for three weeks with his hot single "Burn Dem Bridge" on Fi Wi Choice Singles Chart. The super star has been standing firm at #1 for two weeks on Hype TV VTX video chart with his "Burn Dem Bridge" video. His single "Nah Wash" has been at #1 for three weeks on the Hype Tv Top 20 Singles Chart. With his 2011 year ending with a bang, his fans can look forwards to more from I-Octane in 2012, with his debut Album “Crying To The Nation” slated to be released on February 14, 2012 by VP Records.

CHECK OUT THE VIDEO TO BURN DEM BRIDGE

Posted by Dancehallreggaeweseh.com at 2:21 PM 23 comments:

DA'VILLE TO SHOOT VIDEO FOR TOOK A BREAK 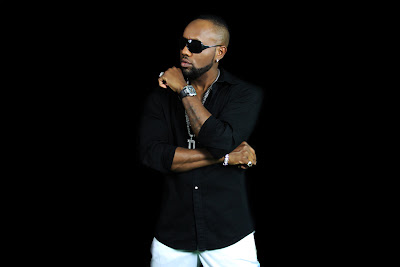 Took A Break, Da'Ville’s latest single is receiving some positive feedback from his fans, and it is expected that the vibes will be even better with the upcoming music video.
The singer is now in the process of putting the video shoot together which is expected to be shot in studio in New York under the direction of Fashozy Record and the Kheilstone music team.

The plot will show Da’Ville reflecting on various aspects of his life.
In the song the reggae crooner reminisces on the ups and down in his musical career and the video will be bringing out this sentiment in an entertaining way.
On the calendar also for the singer is some studio time, which will see him, recording the final song for his Best of Da’Ville album due to hit the street in the coming days .

“You can call it a Christmas present,” said Da’Ville with a smile, adding that the tracks are carefully selected and his fans will have a great musical treat once it’s released.
Da’Ville is presently enjoying chart presence with When I’m With You and as he looks towards the yuletide season, the singer says it more recording, performances and looking forward to a busy upcoming 2012.
Posted by Dancehallreggaeweseh.com at 11:14 AM 43 comments: 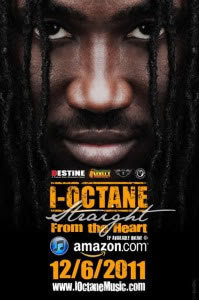 Kingston Jamaica - Has Rasta got soul? Yeah! Singjay I-Octane makes that abundantly clear in his two latest singles which are now enjoying good rotation on the airwaves.
“Falling”, the second single from his EP Straight From The Heart which will be released today, December 6, 2011 digitally on Itunes and Amazon. The Digicel Brand Ambassador makes the connection as the words really seem to be coming “straight from his heart”.
“I’m truly falling inna the middle of the night baby, you have me calling.
I’m in love again… tell loneliness goodbye…”
Need anymore be said about this one?
The second single “L.O.V.E. Y.O.U” is from his upcoming album Crying To The Nation due to released next month – January 31, 2012.
Again, the singjay doesn’t hold back on his words of love as he chants “Girl I’m missing you like crazy. Girl I L-O-V-E I love you… Princess your rightful place is in my arms…”
Commenting on the singles I-Octane said it’s all about showing his versatility. “There is more to this singjay than what meets the eyes,” he quipped adding that he has no desire to be cast into any one mould. “I am known for my cultural numbers, but hey, I have to mix it up a bit and show that when it comes on to love songs, I can definitely deliver them too,” he said with that gapped-tooth grin he is noted for.
Posted by Dancehallreggaeweseh.com at 9:58 AM 40 comments: