KINGSTON, JAMAICA - After news broke yesterday that former Miss Jamaica Universe, Yendi Phillipps, has filed for full custody of her child with dancehall entertainer, Chino, the artiste has hit back with allegations that he has been prevented from seeing his child for several months.
In a statement sent to THE STAR Chino said Yendi's action has left him in shock. "It is unfortunate that when relationships fail the child is often used as a pawn ... I won't bash or give my opinions on the matter, I will only share facts. Firstly, and most importantly, I have not been able to see my daughter for almost five months," the deejay said.
The deejay further stated; "Calls and texts have gone unanswered; suitcases of toys and clothing have remained unopened because neither I nor my family have been able to gain access to my daughter. Secondly, my attorneys have tried on numerous occasions to reach an amicable resolution to the matter, particularly my visiting rights, all of which have been declined by her."
Baffled
The deejay said that he is baffled, as most people are, about this situation.
"Neither myself, nor my lawyer, nor any member of my team has been provided with the documents people keep talking about. Everyone definitely knows I am an extremely private person so I had hoped that in the interest of the child the matter would have been handled with sensitivity," he said.
Yesterday, The Gleaner's website broke the story that an application was filed in the Supreme Court this week by the law firm Nelson-Brown, Guy and Francis, in which Phillipps is asking the court to grant her custody, care and control of the child. She is also seeking $60,000 per month in maintenance.
Educational expenses
Phillipps is further asking the court to order Chino to pay half of the child's medical and educational expenses.
As part of the custody arrangement, Phillipps is seeking to ask the court to only grant the dancehall entertainer access to the child twice during the week for three hours and once every weekend for seven hours.
She has been ordered to serve the application on the defendant. No date has been set for the matter to be heard.

Yesterday evening, Phillipps posted on her Instagram page a release accusing The Gleaner Company of leaking information about her pending court proceedings stating that her privacy was invaded.
"It has come to my attention that without permission or consultation with me or my legal representative private information was leaked and an online article was uploaded by The Gleaner Jamaica in relation to my matter pending before the court."
She went on to state, "I was not given the privilege of privacy ... this is a pending legal matter which is before the court and as such, I am not able to comment."


The former couple made headlines in 2012 after it was revealed that the 2010 Miss Jamaica Universe winner was pregnant with the artiste's child. In 2014, however, several media entities published stories that the relationship was over.

NEW MUSIC VIDEO: I-OCTANE – WHAT AWAY WE SHATTING/DEM A FREAK

Posted by Dancehallreggaeweseh.com at 12:38 PM 2 comments:

Posted by Dancehallreggaeweseh.com at 5:48 PM 2 comments:

Kalado ready to roll into Antigua and Boston 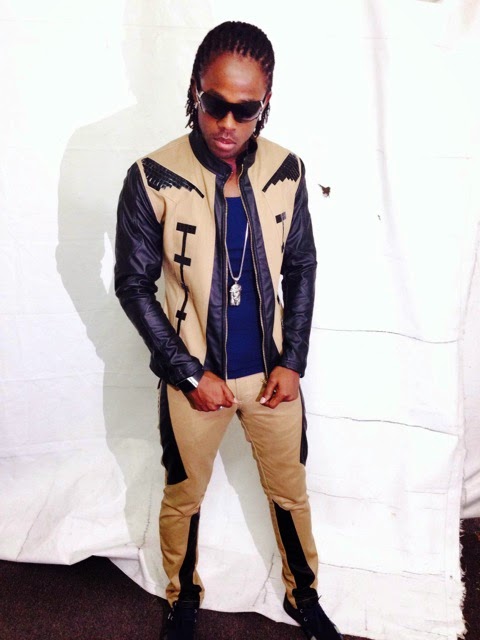 Kingston, JAMAICA: - Dancehall artiste Kalado is definitely on the move this year, and as the last quarter of 2014 sets in, the “Love The Life You Live” singjay is upping the ante in his quest to end the year on a dramatic musical high.

Keeping his eyes firmly focused on the prize, the entertainer who has already secured a number one hit with “Personally”, has no intention of resting on his laurels. For him, it’s all about preparing for the next show, putting out another song or just generally working on his craft.  The hard-working entertainer recently released what is poised to be another monster hit, the Dre Day-produced “Sex Compliment”, and this is just one of the many songs that he will use to entertain fans in Antigua on Saturday night.

Scheduled to be held at the popular Millers By The Sea venue on the island, Kalado will be joined by dancehall diva Tifa, in a concert that is being promoted as “Action Pack”. Although no stranger to the Caribbean, this will be Kalado’s official breakout Antigua show and he is rubbing his palms together in anticipation.

“Antiguans are so special and I just love their accent,” Kalado revealed.

He continued, “I can’t wait to perform for my fans there. My management team has been in constant communication with the promoters … they are rolling out the red carpet and we are  ready to take the walk and give it our best, like we always do,” the “Take A Ride” artiste declared, adding that he has something special just for his Antiguan fans.

Then, without skipping much of a beat, the singjay who has arguably made the most strides for 2014 will head to Boston, Massachusetts, for his debut solo US performance the following weekend. Kalado is tipped to bring his special vibes to the concert as the headline act, and he is eager to roll out the goodies from his ever-increasing catalogue of hardcore and reality-laced dancehall songs.  Among them will be: “Love The Life You Live”, “Living The Life”, “House Party”, “Rave Till Sunlight”, “Personally”, “Body Nuh Dead”, “Make Me Feel”, “Mi Money Good”, “Paper Trail” “Step Out”, “Sad Streets”, “Pree Money”, “Pay Dem No Mind” and “Take A Ride”.

“Although this is my real US debut, I feel no pressure, because I will be among the people who have helped to put me where I am today. My US fan base is extremely strong and I feel the love flowing already. This is going to be a great show,” Kalado asserted.

The venue of choice in Boston is Kay’s Oasis and the event takes its name from one of the artiste’s massive hits, “Good Good Bring Life”.

Posted by Dancehallreggaeweseh.com at 8:27 AM 2 comments:

"I was defending myself" Producer says after brawl with Konshens 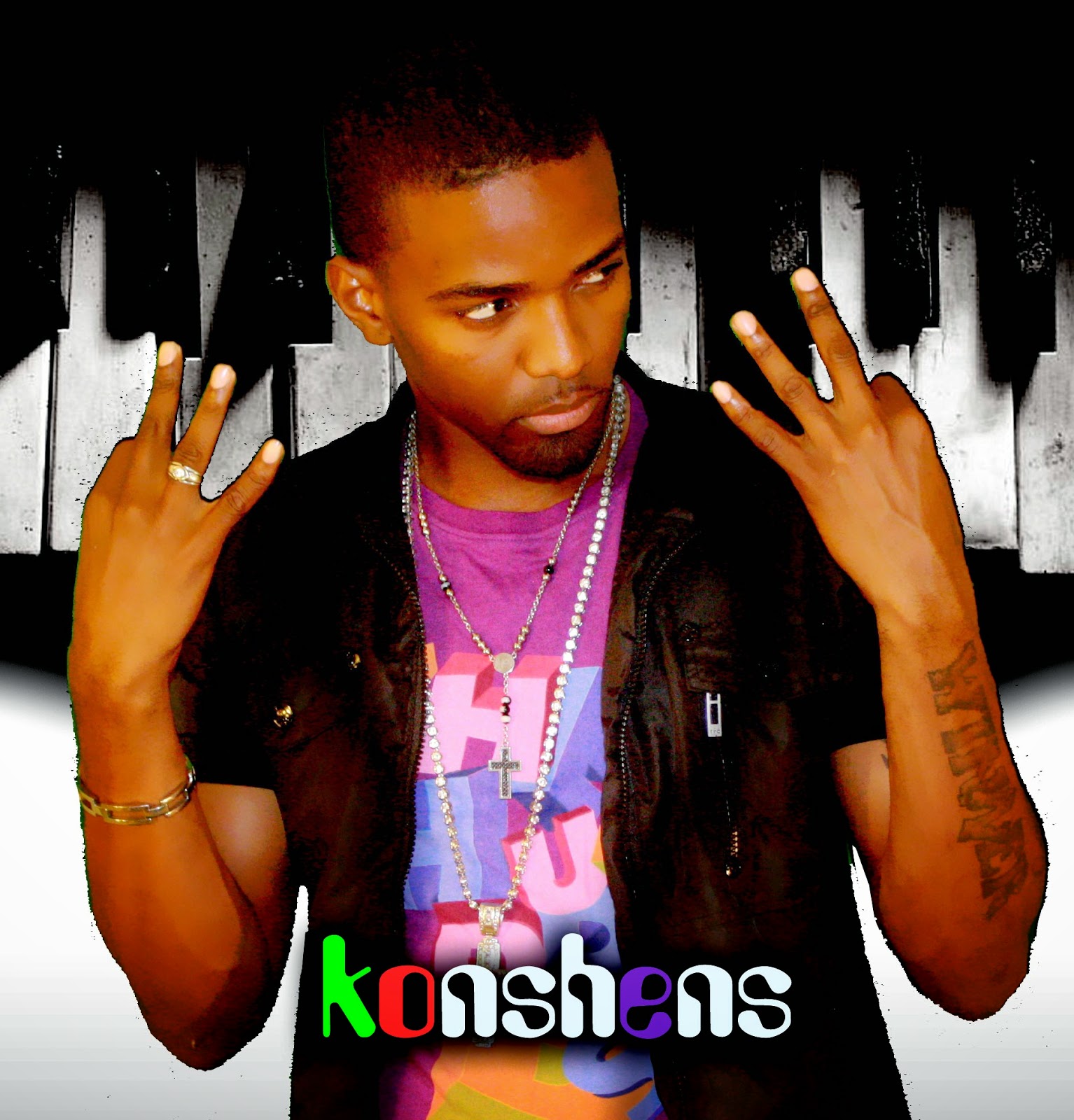 Kingston, Jamaica - K Swizz, the producer at the centre of the Mojito Mondays brawl with popular artiste Konshens says he acted in self defence and hit the deejay with a bottle because he felt threatened.

Konshens, known for the song Do Sumn, and the producer were involved in a dispute at Southdale Plaza near Half-Way Tree, St Andrew, sometime after 1 a.m. yesterday morning. Konshens had to seek medical attention at the Andrews Memorial Hospital after the incident.
When THE STAR spoke to K Swizz yesterday he gave his version of the incident which stemmed from issues with the song, Stab You In The Back.
"A member of his entourage came over to me and said the boss want to talk to you. I am not thinking anything negative so I went over there. The first thing he said was I tell you do not release the song. I told him I didn't know what he was talking about," K Swizz said.
K Swizz said that a person from his camp wanted to release the song but he told the individual not to release it. He said because his connection with Konshens was severed he would not have had anything to do with that song.
Yesterday morning, according to K Swiss, when he went to the artiste, he noticed that the artiste put down his drink and that he put his arm around him and began squeezing his neck with force.
"I retaliated in self-defence. When I retaliated I swung, he got hit in the face and his entourage ran down on me and a heap of kicks left, right and centre, all over. I am not in this for any glory I just want the public to know that I was defending myself. I am not in the business to cause problem," he said.

As a result of the incident, the artiste was injured above one of his eyes. In a lengthy broadcast message yesterday, allegedly sent out by Konshens via WhatsApp, he also sought to clarify the situation.
According to the message, Konshens was accidentally hit over his eye with a bottle. The message stated that the producer made a misjudgement, misunderstood the situation and acted out of fear.
"Apparently he thought I was way more upset than I actually was," the message quoted Konshens as saying
It further stated; "...He felt threatened and made a decision to swing and run. Upon running he was accosted by persons from the crowd, there was no intent to hurt him. People see Konshens with blood on his face and see you running it will be dangerous for youÉ and I'm sure people on the scene can attest to seeing me with my bloody face pulling people off of him even before I left."
Konshens also apologised to the proprietors of the venue where the event took place.
The Half-Way Tree police are aware of the incident.