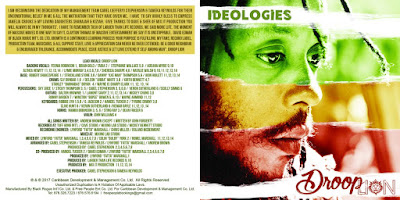 Described as “a profoundly simple, yet rather eclectic mix which brilliantly explores and exposes  multiple layers of musical genres including roots, rock and reggae”, Ideologies is available both as a hard copy and also on various digital platforms.

Comprising 14 tracks, this destined-for-success album includes songs such as Have You Ever Seen The Rain, Pray For Them, Ganja Baby, fan favourite Freeway, Leaders Sell Out, Modern Slavery, Rags To Riches; Screaming, Katta, You Can’t Hurt Her, Time For Love, Talk About It, Jah Wind is Blowing and Lockdown.

Each song has its own distinctive flavour that evokes a response from the avid listener, whether it is a cool slow jam or a  rollicking 'pull up'. Sheer, undiluted passion is the common  thread which easily connects all the songs on this set, which will undoubtedly fulfil the singer’s vow to “make Reggae great again.”

According to Droop Lion, “There’s a special song on it for everyone … and some persons will find more than one special song.

DROOP LION – “HAVE YOU SEEN THE RAIN”

CLICK ON THE LINK BELOW TO LISTEN OR DOWNLOAD THE
​FIRST SINGLE RELEASED OFF THE ALBUM
https://app.box.com/s/ 3hyzsf48t73ontumco8dyaqchtk473 wr

Posted by Dancehallreggaeweseh.com at 12:15 PM No comments:

Posted by Dancehallreggaeweseh.com at 4:00 PM No comments:

Email ThisBlogThis!Share to TwitterShare to FacebookShare to Pinterest
Labels: spice/i-octane 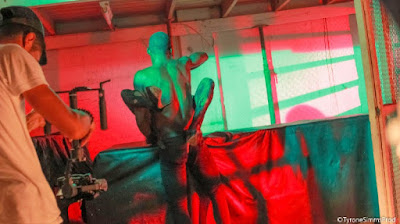 Posted by Dancehallreggaeweseh.com at 3:17 PM No comments: