Thousands rally against tossing out buggery act; shout out for clean, righteous living

Kingston Jamaica - POLICE last night estimated that around 25,000 Jamaicans turned out in their black, green and gold to support the Jamaica CAUSE (Churches Action Uniting Society for Emancipation) mass rally in Half-Way-Tree, St Andrew.
The rally called on Jamaicans to stand up for strong and healthy families, righteousness and justice as well as to resist the homosexual agenda and the repealing of the buggery act.
"I think this initiative is very good because it is important that we have a voice, because a lot of different things have been happening in Jamaica and we have to stand up," said Camille Morrison, while adding that it not just goes against God's will but against humanity, and in terms of homosexuality, biologically "di ting don't mek sense and as such it should not be imposed upon people as if it is something right."
After a short praise and worship session, the chairman of the rally, Alvin Bailey spoke to uniting every Jamaican, church, temple, and other institutions.
"We will do all that is righteous and Godly to accomplish the cause", said Bailey, highlighting that Jamaica is a society that demands respect and recognition of sovereignty.
"Our emancipation means standing up for strong families, our emancipation means standing against the homosexuality agenda, emancipation for us means standing up against the repealing of the buggery law," Bailey told the crowd, much to shouts of agreement.
Organisers said that there would be a series of talks and prayers throughout the evening to make people aware of what is happening.
"The seeds of greed and selfishness have been sown in the soil of corruption in public and private sector," said Rev Donald Cole, in commenting on the state of the nation.
"As a people, we have compromised to crime, violence, immorality, abuse of the weak and disrespect of authority. When young people rape and kill each other we should take a serious look at what they're watching and hearing," said Cole, insisting that the church has faced and is still facing a challenge to be part of the solution in this crisis.
He said that the prophetic voice of the church is often ignored or discarded, yet the church is often accused of negligence. Cole went on to say that in more recent times there has been an attempt to deny and refute Jamaica's laws and that if the symbols of the country such as the National Anthem and National Pledge are acknowledged and honoured, then Jamaica would be a social and economic model.
Cole said that the church will increase its prophetic role and will not be silenced, especially when it ought to be speaking boldly.
"We are standing here today because we want to see the moral thermometer of our nation rise again," Cole said, while highlighting that the process of restoring the old boundary stones of right and wrong, lawful and unlawful and good and evil, should begin.
"Jamaica's children belong to Jesus," rang out the cry of advocate Betty-Ann Blaine, who invited the crowd to shout as she took the stage. She also encouraged the audience to spend more time with their children and go back to the book of Genesis.
"We not gonna mek dem mis-educate our children, we not gonna mek dem misinform our children," shouted Blaine, who appealed to the crowd to make sure that children go back to Sunday school.
Blaine said that there has been a 72 per cent increase in buggery among children and as such "there is no way we changing the buggery law".
"These folks not interested in people like me ... me too old. Is the children them after," stated Blaine who revealed that she went to a funeral of a nine-month-old baby who was buggered and then killed.
She told the crowd that "we not teking that kind of sex education to our children," and urged parents to ensure that their child know that their body was the temple of God and that sex should stay until they have a career and get married.
"The battle is about your child. Let us declare again that Jamaican children belong to Jesus. We are going to fight, dem nuh see me fight yet, we are going to fight for our children, they will not get our children," Blaine said before exiting the stage.
A prayer by pastor Harry Walcott and a speech by President of the Love March Movement Daniel Thomas were among the other items on the programme.
CAUSE volunteers invited people to sign a petition against the repealing of the buggery law which will be sent to the prime minster.
Source: Jamaica Observer

Kalado blazes the summer with ‘Personally’

Kingston Jamaica - Take it raw or have it ‘cooked’, but whichever flavour you favour, the 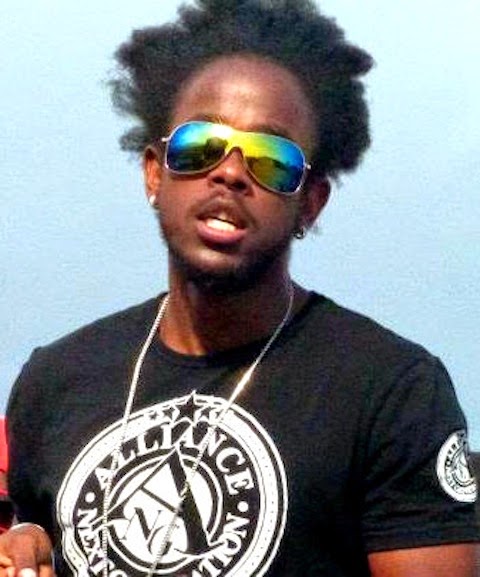 reality is that rising singjay, Kalado, is heating up the entire 90 days of summer with the exciting hit single entitled “Personally”.

This song has been steadily creeping its way into the psyche of dancehall fans, many of whom know the lyrics word-for-word and are able to inject the right degree of passion and pleasure into each syllable, just like Kalado. Huge amounts of genuine love from radio have seen “Personally” enjoying high rotation by being included on the playlist of most of the popular disc jocks and club selectors. The video has also been racking up numerous hits and positive commentary on Youtube, and with so much attention from all angles, chart success was almost inevitable.

Holding firm in the number two spot on the popular ER Chart for three consecutive weeks, “Personally” is tipped to take pole position any week now and give Kalado that longed-for Number one song.

“Yeah…I’m holding my breath waiting for that moment when Personally tops the charts,” the entertainer admitted, rubbing his palms together and looking towards the heavens.

“I am enjoying the love from fans around the world and learning to separate the hype from the reality,” said the artiste who is confirmed for a tour of Europe this summer.

As far as summer anthems go, “Personally” looks to be in the running for 2014 and Kalado will certainly test the waters when he unleashes it at his Reggae Sumfest Dancehall Night debut on July 17. Having recently performed in Toronto, Canada, to great reviews, Kalado will hit the Sumfest stage with favourites such as “Good Good”, “Body Nuh Dead”, “Make Me Feel”, “Sad Streets”, “Pree Money”, “Pay Dem No Mind” and “Take A Ride”.

Posted by Dancehallreggaeweseh.com at 10:46 AM No comments:

Though several artistes had expressed interest in closing Dancehall Night for this year's staging of Reggae Sumfest, promoter Johnny Gourzong has confirmed I-Octane as closing act on the night. 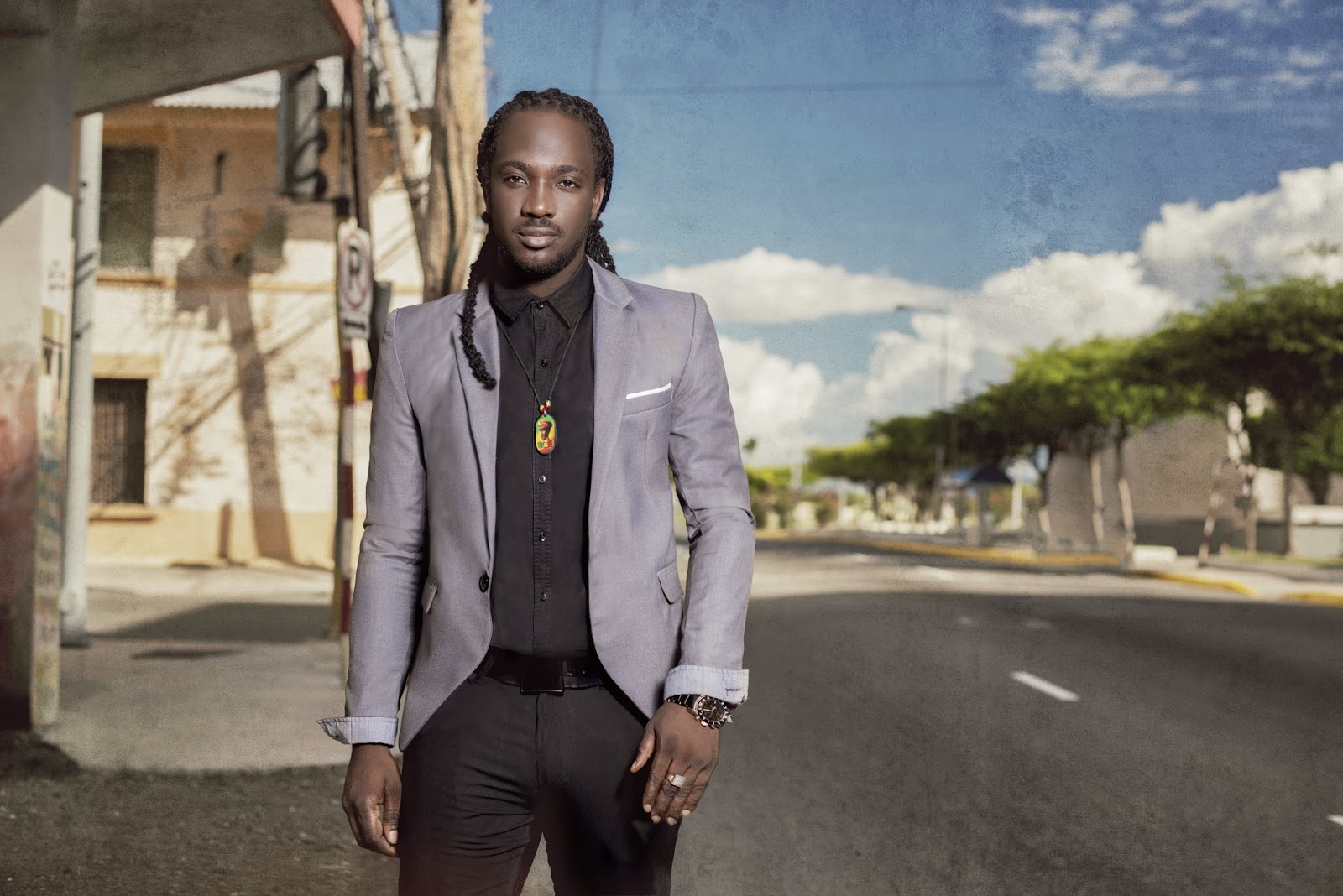 "I-Octane is closing Dancehall night! No ifs, buts or maybe!!".
Gourzong made the revelation at the recent launch of the event held at the Country Side Club in St Andrew.
Last week, I-Octane shocked fans after informing them he would not be closing the show, and would instead allow fellow artiste Mr Vegas to close.
"If Mr Vegas is performing, I am not closing. I want to perform before him. I am not trying to stop any artiste from performing at the show. But because of what Vegas said last year, I want him to close the show," I-Octane had stated.
Last year, Mr Vegas posted this remark: "Mi did a wonder is which big hit song Octane have fi mek people stand up inna early morning when fowl a sunbathe and watch him, or is he now bigger than Bounty, Lady Saw, Beenie Man etc."
After hearing I-Octane's remarks about closing the event, Mr Vegas stated that he (Octane) should focus more on his legacy instead of trying to run the place.
Artiste Kiprich had also expressed his availability and capability to close the show, once the money was right.
I-Octane told The WEEKEND STAR that he was pleased to be given the opportunity to close Sumfest once again.
"It's the second year in a row, and I am extremely happy to be chosen to be the closing act once again. It is testament to I-Octane's growth and maturity in the industry, and it also speaks volumes of the influence of reggae and dancehall music."
He continued, "I appreciate the support of the fans and I will definitely be bringing my 'A-Game'. We a lead out the new school of artistes, hopefully I will inspire another young artiste to close the show next year. Big up all the previous artistes who have closed the show and paved the way for us. One Love"

Posted by Dancehallreggaeweseh.com at 1:06 PM No comments:

KALADO ALL SET TO THRILL FANS AT HIS REGGAE SUMFEST DEBUT 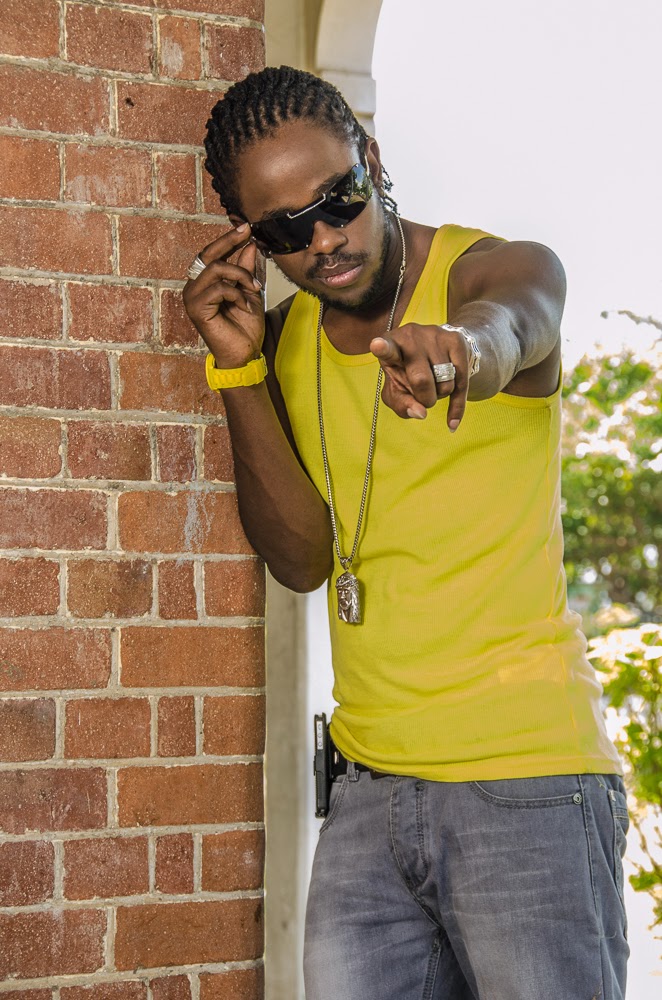 KINGSTON JAMAICA - An appearance on internationally acclaimed music festival, Reggae Sumfest, is every artiste’s dream, and for a dancehall act, his sights are firmly fixed on Dancehall Night to show off his skills. Come July 17, Pree Money singer, Kalado, will have his moment with the stars as he makes his official debut at the festival’s home in Catherine Hall, Montego Bay, Jamaica.

“Last year, Bounty Killer started the process when he called me on during his set and I did a little thing. Honestly, it lasted less than a minute, but it was a thrilling experience. The crowd response was very encouraging and it has definitely whet my appetite,” the Alliance Next Generation (ANG) artiste, who is managed by Nancy Davis, said.

One year later, Kalado’s profile is soaring and he has amassed a string of songs which have secured his rite of passage straight onto the Sumfest official line-up. Songs such as Personally, Good Good, which is heading towards anthemic status, Body Nuh Dead, Make Me Feel, Sad Streets, Pree Money, Pay Dem No Mind and Take A Ride are all part of the entertainer’s steadily increasing repertoire which is currently blazing the dancehall.

The overseas market is also feeling the full force of Kalado, as demonstrated by his visit to Toronto in May, when he headlined his own show at the capacity-filled Blue Diamond Club venue, in front of a very enthusiastic audience. A very ecstatic Kalado noted that he was impressed by the welcome he received in that Canadian city and admits that as a result of the love shown to him by the fans, he exited the stage “almost walking on air”.

But Kalado, however, remains firmly grounded and has every intention of sticking to his goal of significantly upping his ranking in the dancehall by the end of 2014. He sees his inclusion on Sumfest as a indication of his readiness to burst through the glass ceiling and he intends to make the most of this opportunity.

“Give thanks to Mr. Johnny Gourzong for demonstrating faith in emerging dancehall acts and respect to my management team for their hard work, which is beginning to pay off. Reggae Sumfest, Kalado is ready. Be prepared to be totally entertained,” the Personally singer advised, hinting that he has a surprise or two up his sleeve.

Posted by Dancehallreggaeweseh.com at 10:54 AM No comments: