Posted by Dancehallreggaeweseh.com at 1:42 PM No comments:

Email ThisBlogThis!Share to TwitterShare to FacebookShare to Pinterest
Labels: AIDONIA 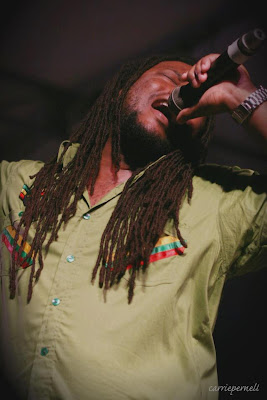 KINGSTON JAMAICA - Recently returned from a mega-successful mini-tour of Brazil, reggae singer Duane Stephenson is basking in the glowing aftermath of that trip. At the end of the tour, he knew three things for a fact: one – he had performed well; two – his audiences had been thrilled; and three – the promoters were all smiles.

But what Duane didn’t know, was the extent to which he had impacted Brazil, and in fact, the entire South American continent. But he soon found out, when he was approached by representatives of THT Events, one of the top three promoters in South America, to sign a three-year booking contract with the company.  Naturally, Duane was blown away.

“It was totally unexpected, but I just kept cool and listened to what they had to say. And it definitely sounds interesting,” Duane disclosed. 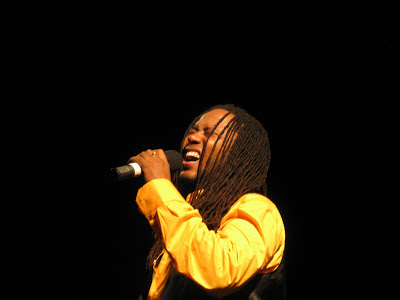 He is now ironing out the details of the contract with Luciano Alves and Sidney Gresser with a view to going back to South America during the summer. And, being Duane, he intends to seize this opportunity with both hands. On his to-do list are plans are to record a song in Portuguese, the official language spoken in Brazil and also to do another in Spanish, which is spoken in the majority of  South American countries.

“I  have been exploring my options as far as learning Spanish is concerned and although I would prefer to be in a classroom with other students, that might not be possible, given my schedule. So I will probably have to get a personal tutor, but the important thing is that by the end of the year my Spanish must be good,” the reggae singer stated emphatically.

Duane, who is also committed to making his home fans feel his presence, recently completed the video for the reality single, To The Lord, on Don Corleone’s soothing Scriptures riddim.  Another single Kingston Town (Another Day In Paradise) is currently charted locally at number 15 and is moving up.

Posted by Dancehallreggaeweseh.com at 9:36 AM 15 comments:

Posted by Dancehallreggaeweseh.com at 1:42 PM 24 comments:

KINGSTON JAMAICA - Dancehall sensation I-Octane will, for the first time, bring down the curtain on Reggae Sumfest Dancehall Night on Thursday, July 25. 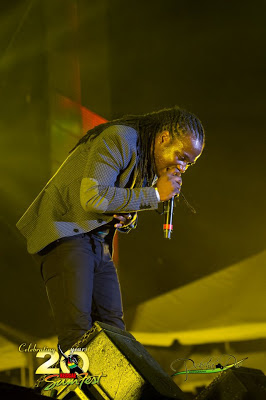 On confirming the news, Johnny Gourzong, Summerfest Productions executive director, said, "Reggae Sumfest 2013 is shaping up to be another year filled with great music and lots of surprises."
I-Octane's performance has been enjoyed by patrons of the festival for three years and his popularity has catapulted him from featured performer to headliner. So his full performance,unencumberedby time constraints, will be unleashed on the crowd to close out a night loaded with remarkable performers.
"Patrons will get a proper performance. I always try to do my best to give a proper performance. My destiny is to contribute to music from a great perspective," I-Octane said.
I-Octane recalls his first time performing on the Reggae Sumfest stage, opening the show with five persons in the venue. He then gradually worked his way up to appearing later on the festival to become a middle-order artiste with his greatest experience in 2011, when he delivered a set that surpassed the expectations of the Reggae Sumfest crowd.
"For my first performance, I was not looking at it from a crowd perspective. I was looking at it that I was a young youth from off the road getting the opportunity to even open a show like Sumfest," he said.
Part of I-Octane's strategy is not to give fans hints at what to expect, but sources close to his camp have revealed that since this is his first time closing the greatest reggae show on earth, he is going out of his way to deliver the ultimate Sumfest performance.
"This will not be just a 2:30 performance for me. I am coming with a different perspective this year. It is not an ego thing for me anymore. This year will be more like bringing down the curtains in one harmony and unity," stated I-Octane.
Starting out as a noisy little boy in high school, constantly belting out tunes, I-Octane has worked with his management team, Khool International, to propel himself to becoming one of dancehall's greats, while maintaining his appeal on the entertainment scene with singles like Lose a Friend, L.O.V.E Y.O.U and recent hit single, Gyal A Gi Me Bun. 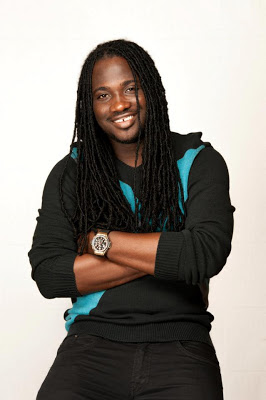 Over the years, I-Octane has been consistent in his career and that has boosted him to become known as one of Jamaica's best artistes. In an industry where many have risen and gradually faded into the background, I-Octane has been determined to be successful in his career and has made numerous sacrifices to facilitate his growth. The artiste, who is working on a new album with John John, has released a number of singles, including Happy Time, and has another collaboration in the pipeline with veteran artiste Bounty Killer, who is no stranger to the Sumfest stage.
Johnny Gourzong of Summerfest Production sees I-Octane as the most fitting artiste to close dancehall night because of his appeal and his growth in the music industry throughout the years.
"Dancehall veterans have closed the nights on numerous occasions, and I-Octane has ascended to the position of a major dancehall artiste that is able to keep the interest of the patrons as he is a very exciting artiste on stage and knows how to keep the vibes and excitement level high. Fans love I-Octane's Sumfest performances; he heats up the park with his high-energy delivery and his onslaught of hit songs," Gourzong shared.
The festival kicks off with its signature beach party on Sunday, July 21, before going into its three-day show; Thursday, July 25 to Saturday, July 27, at Catherine Hall, Montego Bay. Artistes confirmed for the festival include Miguel, Damian 'Jr Gong' Marley, Beres Hammond, Aidonia, Romain Virgo, Chronixx, Tarrus Riley, RDX and Macka Diamond.
Dubbed 'The Greatest Reggae Show on Earth', the festival is expected to again attract thousands of patrons from Jamaica and the rest of the world to its home in Montego Bay. Summerfest Productions, owners and organisers of the event, invite music lovers from all over to come to the festival and celebrate this 21st staging.
Early-bird tickets for the event's show nights are now available online through Touchstone Ticketing, the official online ticketing partner for the festival. Reggae Sumfest is sponsored by Digicel, Iberostar Hotels & Resorts, Secrets Resorts, Red Stripe, Pepsi and the Jamaica Tourist Board.

Posted by Dancehallreggaeweseh.com at 10:47 AM 89 comments:

Posted by Dancehallreggaeweseh.com at 2:14 PM 41 comments: