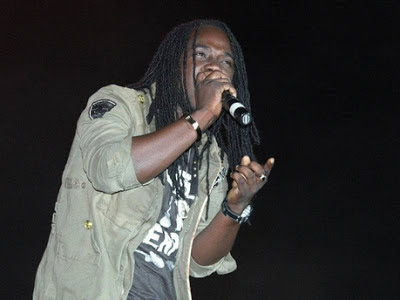 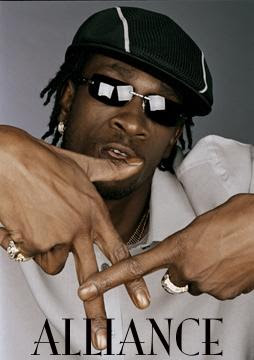 
Working assiduously at turning himself into an illustrious brand, while 'repping' for dancehall music, Popcaan has made a smooth entrance into the world of rap music through a recent collaboration with a popular American rapper.

The entertainer recently wrapped up a video shoot with popular US rapper, Pusha T, who is signed to Kanye West’s G.O.O.D Music label.  Pusha T, who came to the fore as one half of the duo, Clipse, was featured alongside Big Sean on Kanye’s blockbuster single, “Mercy”, which went on to achieve platinum-selling status this year. A  musically astute artiste, Kanye sampled the high-pitched vocals of Jamaican Fuzzy Jones, on “Mercy”. Jones was a popular song/dubplate intro man during the 70’s and 80’s and with the huge success of Mercy, it isn’t surprising that the G.O.O.D  team have come to Jamaica for an original – Popcaan.

Papi is featured on Pusha T’s single “Blocka”, and the decision was taken to have the music video shot on location in Jamaica using talented Los Angeles-based director, Orson Whales. Interestingly, while Pusha T was in Jamaica, Popcaan introduced him to all the main dancehall street parties, where Pusha T even got on the mic a few times, much to the delight of his Jamaican fans.

It was quite a busy period for Popcaan, as he also shot the video for the Dre Skull-produced single, “So We Do It”, on the Kling Kling riddim. The video was directed by "Vice" magazine editor and feature documentary filmmaker Andy Capper, whose credits include the Snoop Dogg documentary "Reincarnated”.

“It’s all about playing my part in ensuring that dancehall music lives on and it continues to make a mark globally. Some people say that dancehall is dying, but we as artistes know that it isn’t so,” Papi stated.

While  in Jamaica working on new music, Vanity Fair travel correspondent, Diplo, who is also a producer and DJ, documented what is described in the feature as “the dancehall scene’s quirks and most influential progenitors, from Creep Chromatic to Popcaan”. Diplo is no stranger to dancehall, having worked with many of the biggest names in the genre and playing at many of the popular parties. He revealed that Popcaan has been writing with him and Snoop Dogg (now Snoop Lion) on an upcoming record for Snoop, and, although Diplo mentions several dancehall heavyweights, it is Popcaan who he sees as the current flavor.

He  noted, “The music always moved forward; you can always anchor the sound on the shoulders of the superstar the city put its money behind—which has shifted from the uptown, say, Sean Paul, to the gully/garrison side, like with Bounty Killer and Mavado, over the past 10 or so years. Vybz Kartel may be one of the most prolific artists of all time …. but in 2012, the scene is owned by one artist, the next in line to Vybz Portmore Empire/Gaza Crew: Popcaan.”

The magazine further states that “in a music scene where controversy sells—and hype and drama are the motivators behind a buzz—Popcaan has made a career out of the opposite. He just makes music about pretty girls and having a good time partying. Still, his distinctive high-pitched voice, distinct swagger, and up-to-the-minute street vocabulary have enabled him to have a meteoric rise that hasn’t been seen in years.”
This unsolicited, kudos-filled, Vanity Fair feature is clearly a testament to Popcaan’s immense talent, his ever-expanding caliber as an artiste and his fulfillment of the expectations that have been heaped on him ever since he emerged on the dancehall scene. Recognising the limitless possibilities associated with this Vanity Fair endorsement, Popcaan is simply giving his slow, relaxed smile.

“Yes… I feel good about the feature…it was unexpected, but it came at the right time. Thanks to all those who made it happen,” Papi said.

Posted by Dancehallreggaeweseh.com at 9:24 AM 113 comments: