Posted by Dancehallreggaeweseh.com at 2:04 PM No comments:

Kingston, Jamaica - Dancehall star I Octane delivered an impressive performance during the 'Magnum New Rules concert' held at the National Stadium car park in Kingston over the weekend. 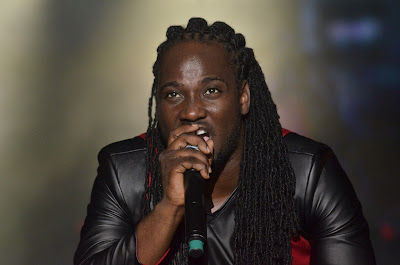 I Octane has grown into a confident, mature performer and he was in top form during his hard-hitting set performed exclusively on tracks, a move that went over well with the youthful audience.

Walking onto the stage, he immediately set the tone for his performance by declaring: 'mi come fi bun a fire inna ya tonight", while the selector dropped 'Buss a Blank'. Tongues of fire stabbed at the night sky and forwards rocked the venue.

Urged on by members of the audience who screamed "done in ya", as he reeled off hits like 'Too Licky Licky'.

He interacted well with the audience, amusing them with his introductions to his songs with brilliant segues that both delighted and amused the audience.

"Man ah try bad me up backstage say mi a squeeze him woman too hard, so mi tell him  mi know her before yu, so before yu come road come try bad up people..." he said, before launching out into 'Mek Sure Yu Know Yu Girl'.

Then he segued into a more spiritual side of his performance, announcing that "whole heap a woman a dead wah day ya', before singing his classic hit, 'Lose a Friend'.

The audience was suddenly illuminated with a thousand plus  glimmering points of light from camera phones as people waved in unison to the strains of the riddim. The audience sang the hit song word for word. He did other songs such as 'Study Yu Friend' and 'My Story' where he got a forward for the line, 'respect  to all youths who sell bag juice'.

He invited Bryka onstage, where he told the audience that he had seen the promise in the artiste and told him to "stop pull studio gate and go inna the studio", and commanded him to buss the place. Bryka obliged, performing his hit, 'Nah Put No Gal Over Mama' to appreciative shouts from the audience.

Then Octane turned things up a notch, dropping his hits 'We Love the Vibes', and 'Wine and Jiggle'. He invited a fluffy girl onstage, and asked her to "run with yu full might come jump on me'. The audience watched the scene unfold, waiting to see if Octane would survive the collision but he jumped out of the way at the last possible moment, and the crowd erupted into gales of laughter.

SEE THE FULL PERFORMANCE BELOW

Posted by Dancehallreggaeweseh.com at 8:16 AM No comments: 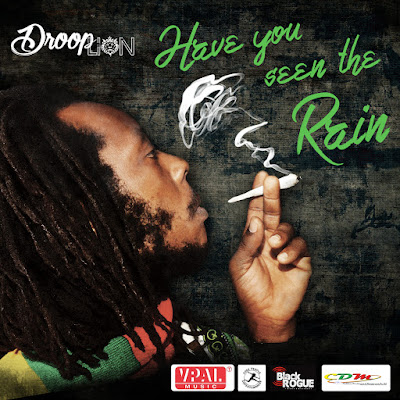 Armed with a destined-for-success 14-track album, Ideologies, the Rastafarian singer with the signature, soul-searing voice, is ready to rock the world with the release of Have You Ever Seen The Rain, the very first single from the album. March 15 has been designated as the official release date of a song which is sure to evoke memories for many and create a slew of new set for many more.

Have You Ever Seen the Rain is a cover version, but it is just not any cover, it is a time-honoured classic and in true Droop Lion fashion, the singer wholeheartedly embraces it, even as he meticulously strips away the over four decades since the song made its debut and passionately refreshes it with new life. Droop vocally claims this 1970’s hit as his very own, even though he stays true to the original lyrics and  pays tribute to the creators.

Have You Ever Seen the Rain was written by John Fogerty of roots rock group Creedence Clearwater Revival and released as a single in 1971 from the album Pendulum. It racked up many accolades and has sold over 25 million copies.

“This is truly a big song and has been one of my favourites from the very first time that I heard it,” Droop Lion confesses. “For me to do a cover of Have You Ever Seen the Rain is an honour and a pleasure. It is one of those songs that pose a powerful question and, in fact, it is more about life than it is about the weather. The word rain is really a metaphor for so many other things and therefore this song can have a different meaning for each person and at the same time there is also a universal interpretation,” he said reflectively.

Undoubtedly, Droop Lion,  delivers an impressive, reggae-inspired rendition of the rock band’s 1970's song which allows him to remain committed to his own personal musical ideology and identity. This singer, who emerged as one of the leading voices of a new reggae-soul movement, and who has never compromised in order to achieve success, again shows exactly why he has been chosen as the disciple who will put the word ‘great’ back in reggae music.

Have You Ever Seen The Rain the debut single from, and the first song on  Droop Lion’s brilliant Ideologies album, will be released on March 15 and will also be available for download on digital platforms.

Droop Lion is determined to make Reggae great again and what better way to kickstart this meaningful and historic journey than with this classic song which is open to multiple interpretations: Have You Ever Seen The Rain?

Posted by Dancehallreggaeweseh.com at 3:24 PM No comments: