Posted by Dancehallreggaeweseh.com at 10:08 AM No comments: 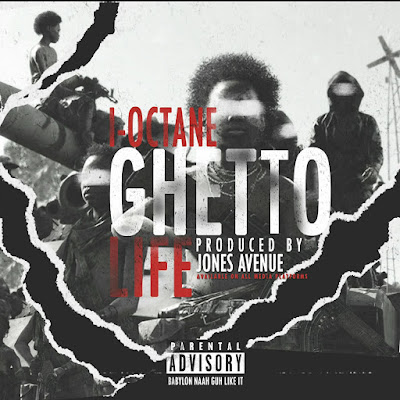 Kingston, JAMAICA: - Following a blazing premiere by DJ Sunshine on Irie FM last Wednesday, the single The Ghetto (Ghetto Life), has definitely taken on a life of its own and is saturating radio, the dancehall and the clubs.

This new, must-listen, social commentary from consistent hit-maker, I-Octane, demonstrates yet again, the reason that this versatile singjay maintains his lead ahead of the pack. Octane is one of the select few entertainers who knows exactly where to find the big tunes and, added to that, he is also keenly aware of precisely when to drop them. Music critics predict that The Ghetto will have fans and detractors alike uniting is complete harmony as they sing the true-to-life words of this single on the De Saga riddim
The Ghetto speaks to the roots of crime and violence, the effect on the ghetto youth and the role of the corrupt politician who facilitates the dons and at the same time shuns them. It is a thought-provoking single which seeks to open the eyes of the ghetto youth to the reality of the “system (which) tun you inna Don” and enables the “politician (to) control we”.

According to I-Octane, this song is more than just another commentary, it speaks to him on a personal level. The artiste, who was quoted in The Gleaner recently bemoaning the level of crime in his home parish, Clarendon, feels that the time has come for many in the society to wise up.

“It’s time for ghetto youths to wise up, rise up and take a positive stand. A life of crime is not anything to aspire to. At the end of the day, it’s the youths who are losing their lives senselessly – whether they are killed or they end up behind bars. It’s time to send the politicians packing with their hand-outs, whatever they may be,” the Lose A Friend singer said.

The Ghetto, which is on the Jones Ave label, also has other big names making an impact on the riddim, including the likes of Vybz Kartel featuring Lil Miss, Mr. Vegas and others.

Meanwhile, the workaholic entertainer is putting the finishing touches to his third studio album, which takes its title from his trademark slang, Everthing Correck. Produced by Marcus Myrie, the son of iconic deejay, Buju Banton,Everthing Correck is a masterpiece production from the young Myrie. The first single, Don’t Stop the Vibes, has already been causing a stir since its release and the accompanying music video has already been packaged.

Posted by Dancehallreggaeweseh.com at 1:38 PM No comments:

Kingston, JAMAICA:- Feeling energized from his recent successful promotional tour of the US along with a gig in Mexico, the acknowledged ‘roots warrior’, Warrior King, is all packed and ready to hit the road again – this time to the continent of Europe. 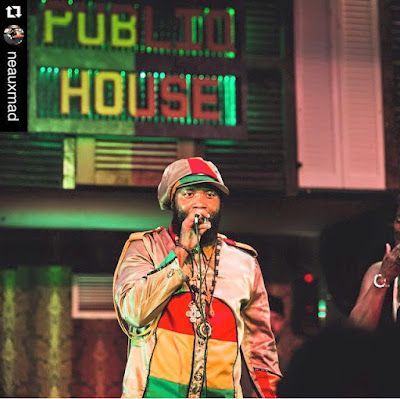 The reggae artiste, whose newest singles, Aint Giving Up and Same Source from his soon-to-be-released album, Roots Warrior, are gaining traction both in Jamaica and on the international scene, is focused on building his brand and always upping the ante in terms of delivering conscious, thought-provoking songs and great performances. With his foundation-type reggae music finding its way straight into the hearts of music lovers globally, Warrior King is increasingly becoming a favourite in Europe and his tour, which kicks off on June 12, marks the second time the artiste will be performing there since 2015.

“I did a stint in Europe in February and it was everything I hoped for and more. The promoters did their job well and the venues were sold out. The fans showed so much love, it was really amazing. It’s really nice to feel appreciated, doing what you love to do and getting paid for it. Of course, touring is hard work; it’s not all about the glamour, but it’s music and we reggae artistes are passionate about our music. We are reggae ambassadors and pledge to bring the music to the four corners of the world, so the mission continues,” the Virtuous Woman singer stated.

Warrior King’s first show is Rast' Art Festival on June 12 in Normandy France. The following day, sees him performing at Studio Club in Cergy. On June 14, he travels to the Austrian capital, Vienna for a show at the Fania Live Club, while a mix of club and festival appearances in the UK will see him on the road until June 24.

Meanwhile, Warrior King is also putting the finishing touches to his upcoming album, Rootz Warrior, which is produced by Warrior King’s own Rootz Warrior Productions and Irie Sounds International. The singer recently packaged the video for the second single, Same Source and is eagerly anticipating its premiere.


Rootz Warrior is scheduled to be released in July 2015.
Posted by Dancehallreggaeweseh.com at 11:11 AM 2 comments:

Posted by Dancehallreggaeweseh.com at 3:38 PM No comments: