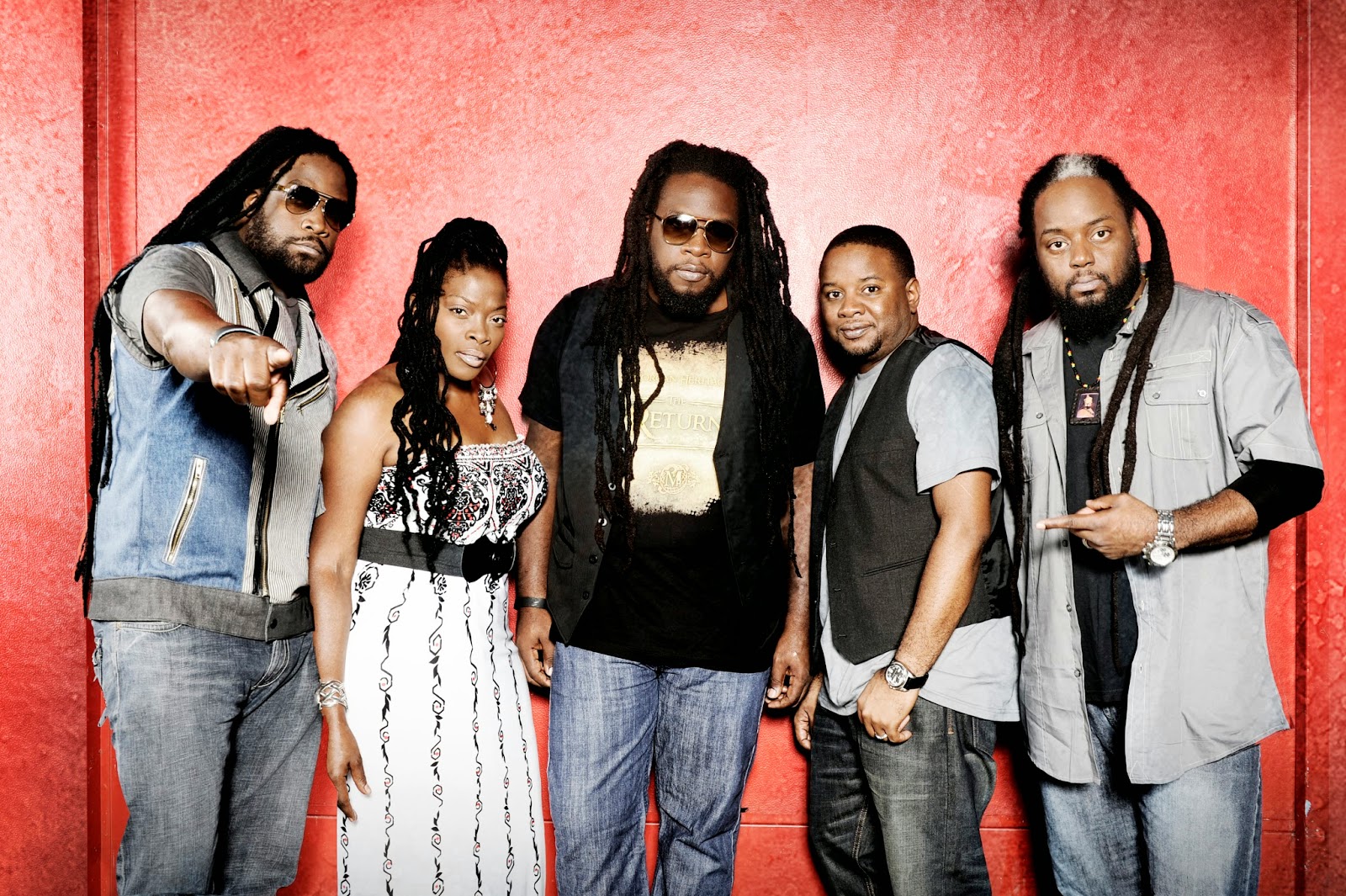 endorsed sensational roots reggae band, Morgan Heritage, as “a class act … who has maintained great appeal throughout their career”. Describing their onstage performance as “exceptional” Mr. Elmore hinted that this is the factor which has given the sibling group the edge to close the festival’s Friday night, the same night on which multi Grammy award winning singer, Mariah Carey, is scheduled to perform.

It was in 2006 that the Royal Family of Reggae last appeared at the Jazz & Blues Festival, and their return nine years later is certainly something to smile about. In fact, it is quite a significant stride in Morgan Heritage’s journey as they reclaim their rightful place on the musical landscape, doing it on local soil, but in an international way. Hailing the organisers for adding them to the line-up as the show closer on January 30, Gramps Morgan agreed with Walter Elmore that having the group on the event was indeed “tremendous”.

"Our first Jazz & Blues performance was at Cinnamon Hill and it was awesome. We are definitely looking forward to making our debut at the Trelawny Multi-Purpose Stadium even more memorable, especially knowing that we are performing on the same night that Mariah Carey makes her Caribbean debut. It is really a tremendous feeling and an honour to be closing a show of this caliber,” Gramps said.

In the last year and a half, the five-member group, which comprises Mojo, Lukes, Una, Peter and Gramps, has been kept busy working the international circuit, but has still managed to stay close to fans at home with a series of up close and personal concerts and new music blazing the airwaves. In between shows, Morgan Heritage has been making time to go into the studio for the production of the follow-up album to Here Come The Kings, the successful 2013 offering which announced the group’s musical re-entry as a unit. Entitled
​ ​
Strictly Roots, the upcoming album will – for the first time –  be released on the group’s own CTBC (Cool To Be Conscious) Music label, rather than VP Records, with whom Morgan Heritage has enjoyed a long and mutually satisfying relationship.

Known for hits such as Don’t Haffi Dread, Tell Me How Come, Down by the River, She's Still Loving Me, Your Best Friend, Nothing to Smile Bout and Perfect Love Song, Morgan Heritage promises fans a night filled with classic roots reggae and love songs, along with a taste of the new and exciting tracks from their soon-to-be-released album.

Kingston, JAMAICA: - Having secured all of three nominations in the prestigious Youth 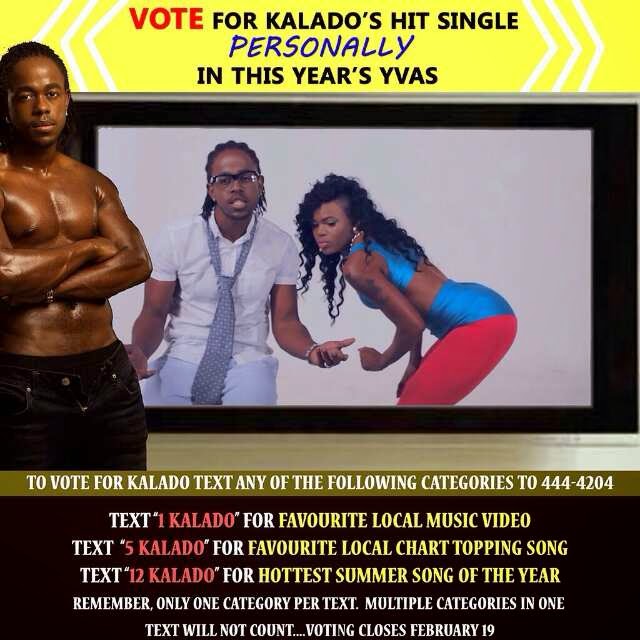 It comes as no surprise to those with their fingers on the pulse of the music that the deejay – whose song ‘Personally’ made serious inroads last year in the psyche of the massives – has been shortlisted in three categories for the chart-topping single. Kalado’s name pops up beside Personally in the following slots for the awards show which caters to the "young, hot and hype": Favourite Local Video, Hottest Summer Song and Favourite Local Chart Topping Song.

Produced by DrDre for his DreDay Productions, the song was “marked for success”, Kalado insists, adding however, that even he was a bit bowled over by three nominations. “Honestly, I sort of expected some form of recognition….maybe one nomination. When I was told that we got three, I couldn’t speak. It is a humbling and an inspiring experience all at once. Big respect to P Square, all Kalado fans everywhere in the world and of course, the production team,” he said.

According to Kalado, “From I listened to the riddim, I knew which song would be a perfect fit with the right dancehall mix, so we went full speed ahead,” the deejay recalled of the song which went on to become one of the biggest summer anthems for 2014. Personally is listed in the Hottest Summer Song category alongside Miami Vice (Kartel); Holiday Again (Alkaline); Everything Nice (JCapri); Syvah (Ding Dong); So Mi Like It (Spice) and Reserve It (Popcaan).

A great summer song needs an equally great dancing video, one which captures the imagination. Kalado and his team worked this angle with gusto and produced a slick music video which helped to propel the single’s success. Personally is vying for the best video alongside So Mi Like It (Spice); Everything Nice (Popcaan); Syvah (Ding Dong) and Who Knows (Protoje featuring Chronixx).

In the category, Favourite Local Chart Topping Song, Kalado is up against Vybz Kartel with two nominations, Kranium and Popcaan.

“All I’m asking my peeps to do is vote,” the thrice-nominated Kalado declared.

The Youth View Awards, which has a total of 24 categories covering all areas of entertainment, will be held on February 21, 2015.

Chilando on a roll; shoots video for Life Too Short 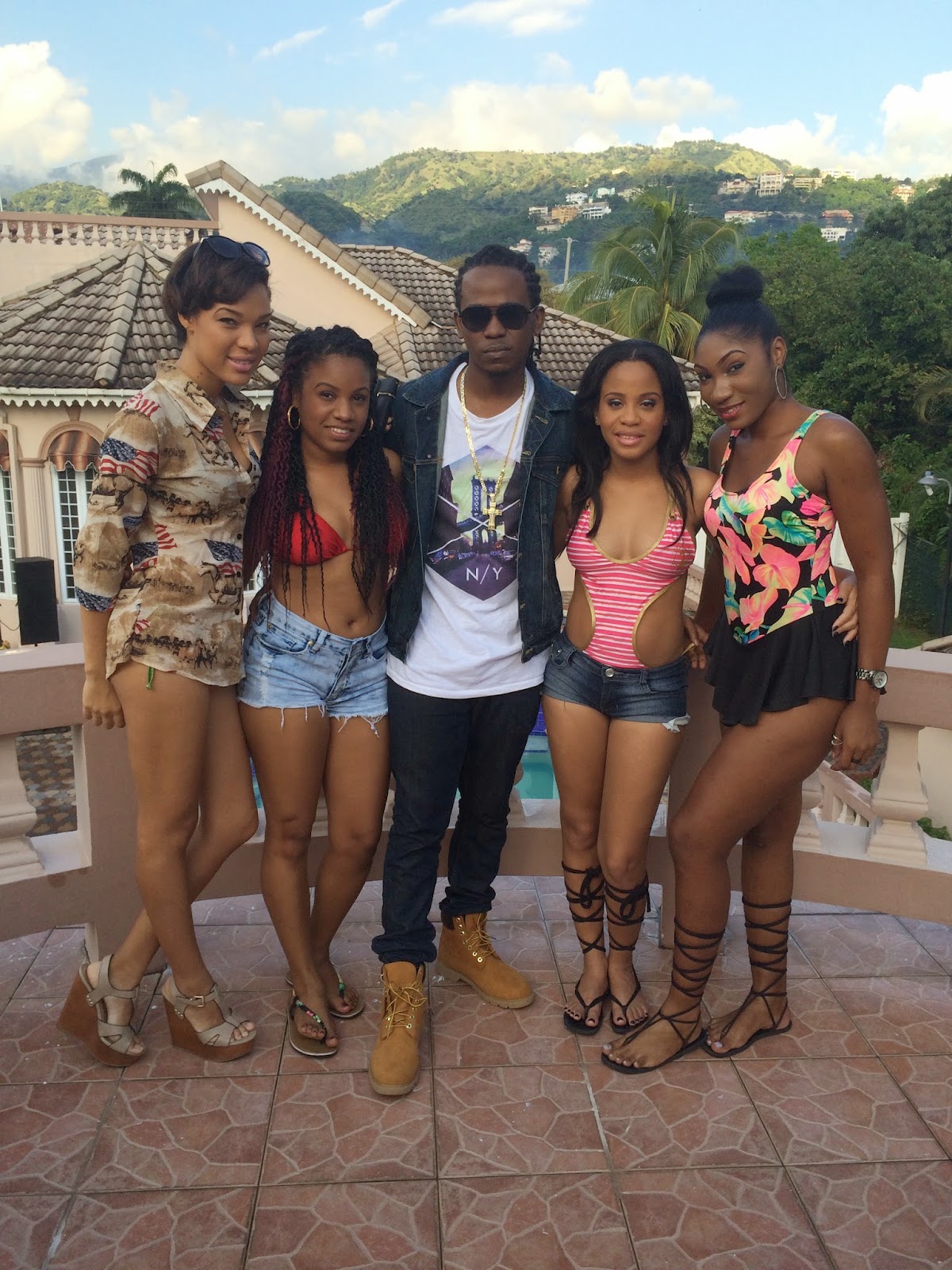 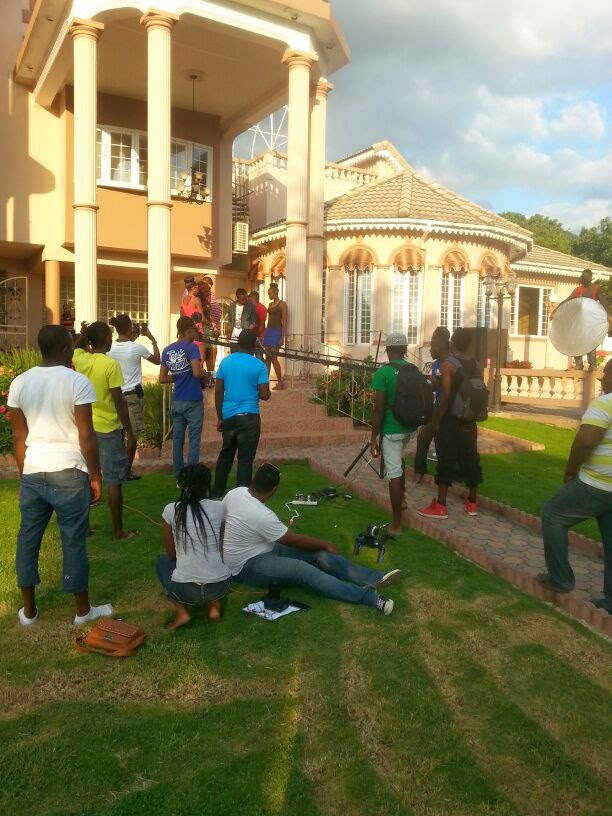 recording artiste, Chilando (pronounced Chylando) is already in celebration mode. His Chimney Records single, Life Too Short, has gained so much traction in the streets that a music video became compulsory.

Bouncing on a riddim that aptly describes the mood of the single – the Happy Hour riddim – Life Too Short is a rocking party anthem highlighting all the good things in life and encouraging the listener to live your best life now. The video, which oozes with party vibes, shows Chilando and friends getting their groove on, living out the words of the song and making everyone else wish that they were there. Directed by ​Cash Flow Xtreme Arts, the shoot location is a lavish house in Cherry Gardens, which provides the perfect backdrop for the story-board.

Not surprisingly, a very relaxed Chilando says he enjoyed the video shoot immensely and notes that it was very easy working with the fun-loving team which had been assembled to do the job. “Honestly, it didn’t feel like a video shoot at all …like we were doing something just for the cameras,” he said.

“It felt like my friends and I were really just hanging out and having a great time,” explained the singjay, whose other single, Stay Inna Yuh Lane on the Wul Dem Again riddim is also receiving a lot of attention. 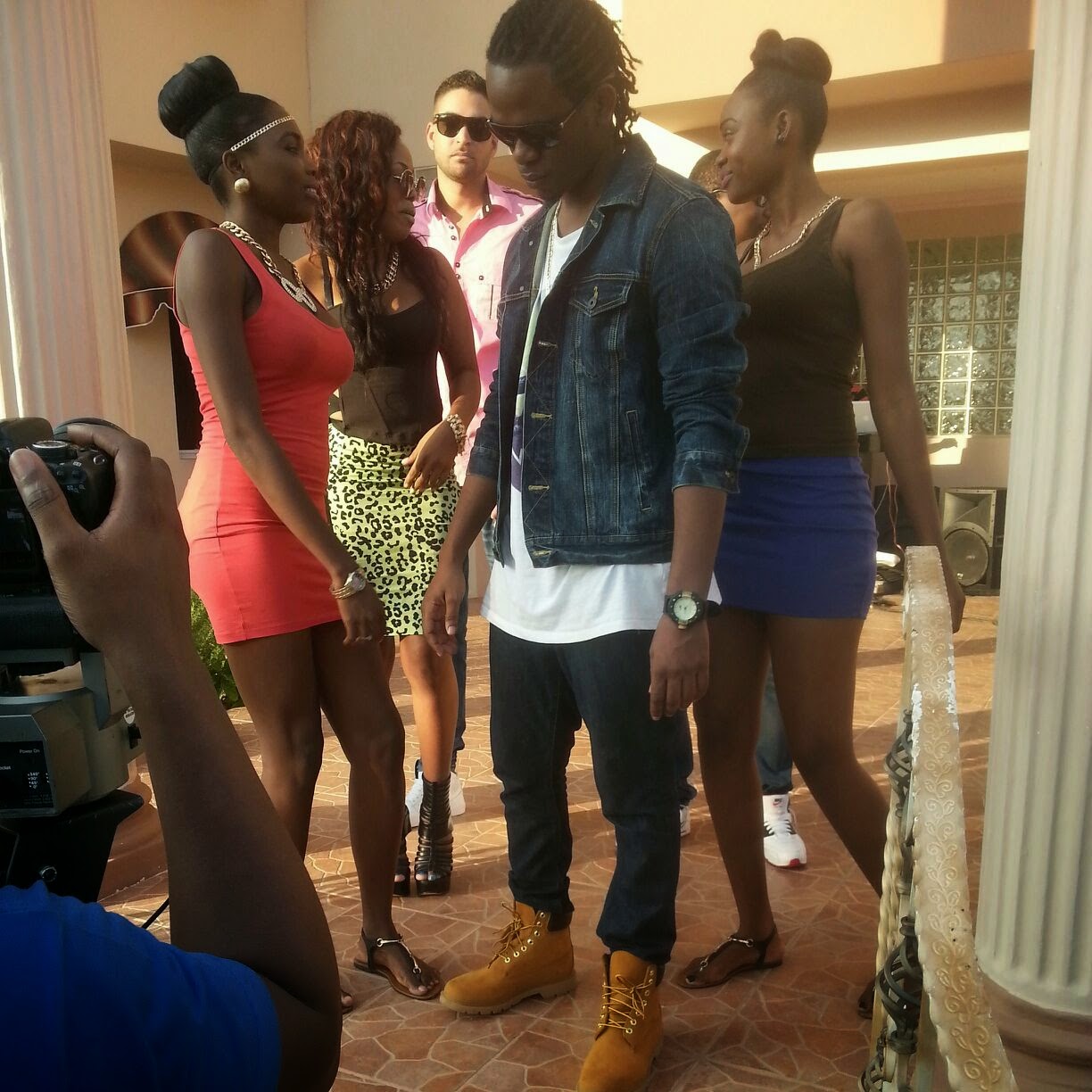 He admitted, however, that he was glad to get that particular music video out of the way as there was a strong demand for it and he was looking forward to seeing and hearing the reaction from his steadily increasing fan base. Additionally, he feels that he can now re-set his total focus on voicing some new singles - perhaps including a collaboration or two –  marketing his brand and working on his stagecraft.

“My management team is in high gear and so am I,” the talented singjay who calls Montego Bay home said.

With his sights set on making 2015 the most memorable year in his career to date, Chilando is in full work mode and assures that he has the discipline and the perseverance  to see this through to a highly successful climax.

CHECK OUT THE VIDEO BELOW
Posted by Dancehallreggaeweseh.com at 10:48 AM 2 comments:

Email ThisBlogThis!Share to TwitterShare to FacebookShare to Pinterest
Labels: Chilando

Posted by Dancehallreggaeweseh.com at 10:40 AM 2 comments:

Sound systems in New York competing for the Octane Cup 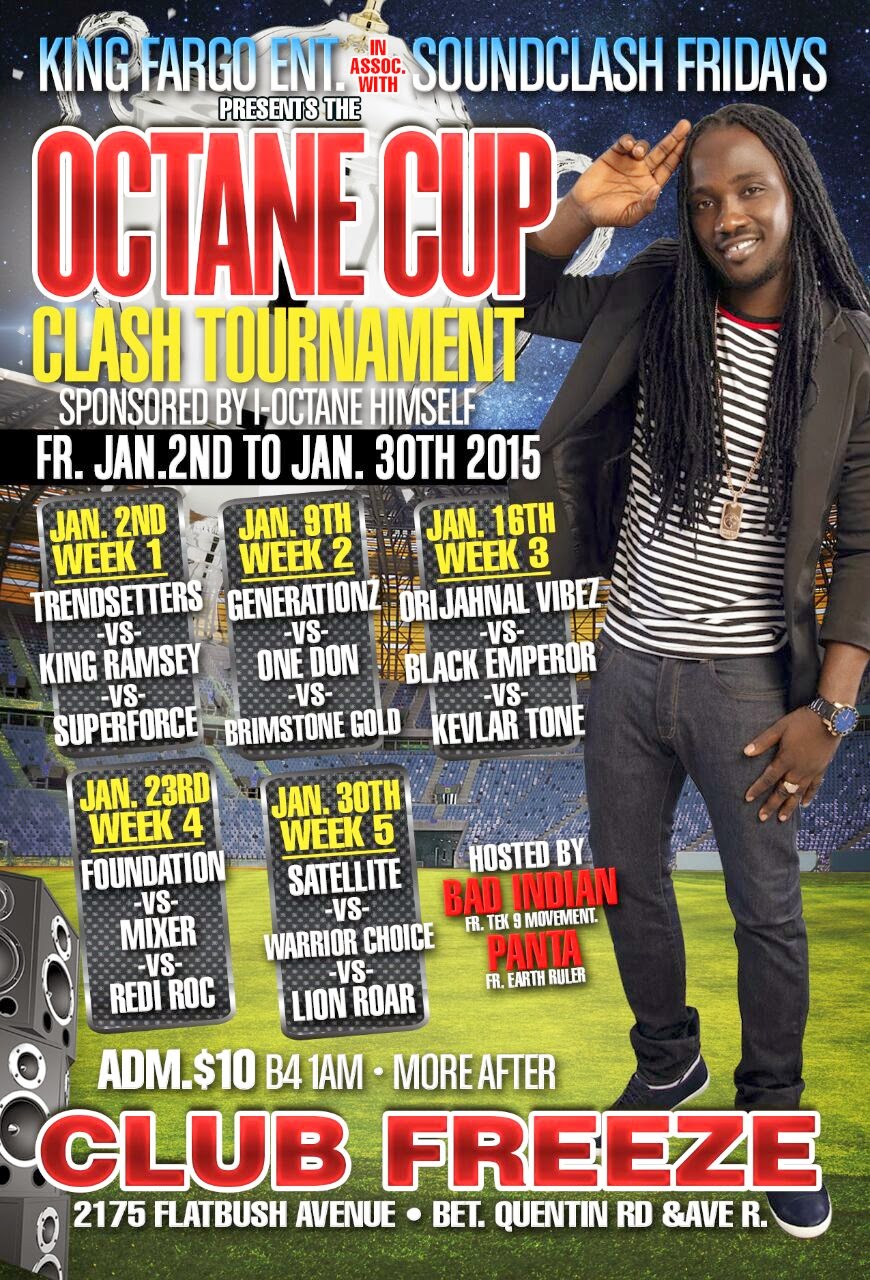 Kingston, JAMAICA: - The equipment is dusted off and ready; the selectors are mentally prepared for combat; their music is all queued up and the crowd inside Club Freeze on Flatbush Ave. in Brooklyn is ready for a steamy, rollicking evening of great entertainment. It’s the inaugural Octane Cup, a competition sponsored by high-riding dancehall singjay, I-Octane, in association with King Fargo Entertainment and Sound clash Fridays.
Since January 2, 2015, sound systems selectors in New York have been enthusiastically pitting their talents against each other as they vie for the first annual Octane Cup. The keenly contested event has steadily gained momentum and fans have been taken on an exciting musical journey through reggae, dancehall and pop music. The format of the competition is that each Friday three sounds have a play-off which is judged by the guidelines set out by the committee in addition to crowd response. It continues every Friday until January 30 at which time the winning sound will receive the trophy, presented by I-Octane himself.
According to King Fargo, “The Octane Cup ‘tun up’! It’s loud. We have been having a wonderful time celebrating the skills of the selectors as they pull out all the stops to make sure that their time at the turntable memorable. We have to commend I-Octane for sponsoring this competition and for showing so much interest in the weekly outcomes.”.
So far, six sounds have played – Trendsetters, King Ramsey and Superforce in the first week and then Generationz, One Don and Brimstone Gold last Friday.
“We have three more weeks and nine more sounds and everybody is on edge,” King Fargo stated.
An upbeat I-Octane said that he was more than happy to sponsor the competition, whose cup is named in his honour. “The sound system is – and has always been – an integral part of the building and shaping of our music, from the days of ska, right up to the present. So this is Team I-Octane’s way of paying tribute to the sound system. We all grew up listening to the sounds blaring in our ears and rinsing out the latest tunes. Every artiste knows the thrill of driving through an area and, just by chance, hearing the sound system playing your own song. So big respect to every selector and sound man and may the best sound win.”

Meanwhile, Team I-Octane is busy in the streets promoting two singles that have already showed great potential, Call Me Over and the Seanizzle-produced Wine And Ride.  The charmingly provocative video for Call Me Over was premiered recently on influential urban website Vibe, (www.On.Vibe.com/CallMeOver) to excellent reviews. Kevin "Killavision" Allen directed the video with Ross Lavine of Rkade Media creating the animated lyrics. Creative Director for the video is The Parris Agency.
Posted by Dancehallreggaeweseh.com at 12:27 PM 2 comments: