Posted by Dancehallreggaeweseh.com at 11:23 AM 4 comments:

Posted by Dancehallreggaeweseh.com at 9:19 PM 5 comments:

Email ThisBlogThis!Share to TwitterShare to FacebookShare to Pinterest
Labels: KHOOL 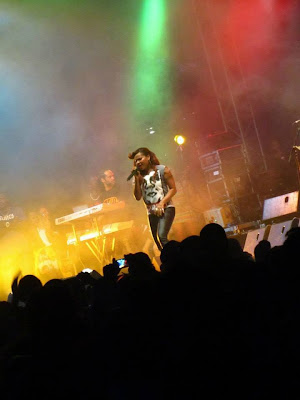 Motherhood has not slowed down Jamaica's favourite 'Bad Gyal' any because less than a year after the birth of her daughter, Cecile's career is firing on all cylinders with performances scheduled for five major festivals this month.

"I had to abruptly cancel a lot of shows during the summer of 2012 because of my pregnancy so I before my daughter was four months old, I got back on the road immediately to fulfill my obligations. Now I am pushing full speed ahead with my European tour, I have some wonderful performances lined up for my fans," Cecile said..

The final leg of her summer tour kicked off on August 10 in  Hoostraten, Belgium at the Antilliaanse feesten. One week later, she will be doing performances at the Furuvik Festival in Gayle, Sweden, then the Rototom Festival, Spain on August 21st, after which, she will hit 'Fest in the Park' in Oudenaarde, Belgium on August 23rd, and then climax her tour with a bang at the annual Chiemsee Reggae festival in Ubersee, Germany.

Before the Summer leg of her tour, the 'Bad Gyal ' also performed for her fans across the Caribbean in the islands of St Thomas, Guyana, Martinique,

Cecile has always been known as a tireless worker in her professional dealings in the music industry. So, last year, only four months after delivering her daughter, she rocked audiences in St Martin, Guadeloupe and a sold out premier performance in Dubai at the Music Room. Then she hit the road, doing a four week stint which saw her doing performances in Nuoma, New Caledonia, as well as four shows in Australia. After this blitz of performances, she kicked off the first leg of her 2013 European Summer long tour making stops in Luxemburg/France, Estonia, Denmark, Reunion Island, Finland, and multiple stops in Germany.

"The tour has been fantastic so far, and my fans can look out for some amazing performances during this final leg of my European tour," she said.

Posted by Dancehallreggaeweseh.com at 4:38 PM No comments:

Fresh off the heels of his Reggae Sumfest performance, where dancehall/reggae star I-Octane closed the prestigious e

vent’s Dancehall Night for the very first time, there was not much opportunity to bask in the success of his Sumfest outing, as I-Octane, along with Duane Stephenson and Droop Lion, made the trek to Nevis where they performed at a charity event.

On Friday, August 2, more than 2,800 people came out to see the performances.
The line-up for the event saw young artistes from Nevis and St. Kitts getting their shine in the opening segment, before Droop Lion, who has the number one song (Mama Soon Come) in the island, made his presence felt.
Next up was Duane Stephenson, who delivered a rather smooth performance, and had the females in the audience screaming like crazy, as he delivered favourites like, Cottage In Negril, Ghetto Pain, Think Twice, August Town and even got a great response for his new single, Rasta For I. 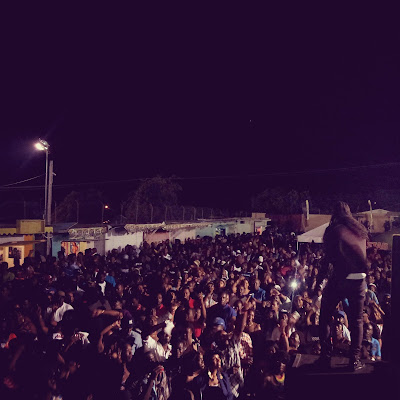 It was then I-Octane who once again had closing honours, and as expected, he had the place in total pandemonium, as patrons were singing his songs word for word, from Lose A Friend to Happy Time. Needless to say, he had three encores for his efforts.
Octane then ordered the security to free up backstage so that fans could have access to him, and of course his wish was granted and fans were elated.
The event, organized by Tender Care International, was put on to raise money to buy equipment for the Alexandra hospital in Nevis.
One person who attended the event was extremely grateful for the Jamaican contingent of artistes who decided to lend their talents for a charitable cause, saying, “the people in Nevis need so much, and trust me they have nothing really. If they want to test their blood for example, they have to send it to St. Kitts, something so simple they can't afford to do it. So for the artistes to support the cause by using their talent then we must big them up, and they are true Jamaican ambassadors.”

Posted by Dancehallreggaeweseh.com at 2:44 PM No comments: