Vibes master Beres Hammond, dancehall artiste I-Octane and a rising star by the name of Daniel 'Brighter' Gordon created musical magic at Christopher and Maria Gordon's wedding reception at the Tryall Club in Hanover over the weekend.

Gordon, formerly of No-Maddz, also joined the amazingly awesome concert, performing for his new bride, in what could easily assume the position of being one of the most entertaining weddings this year.

Held at the stunning Stella by the Sea Villa, Beres Hammond entered the stage at just about 10 p.m., and his one-hour set totally mesmerised the intimate audience which waited anxiously for his arrival.

It was obvious that the party people who turned out for the wedding were willing to watch their idol, transfixed on stage, not saying a word, while his efficient backup singers, Deja and Dorette Wisdom, took charge. However, the veteran crooner, who is as good as every dollar he charges, serenaded the couple with one of his hit songs, She Loves Me Now.

When he pulled for popular personal anthems such as, Come Back Home and belted the words, "I wish you would stay longer," he never even needed to repeat the words, because it is an undisputable fact that Beres Hammond fans will stay with him all night.

The words from one of his songs, 'Thought I Could Live Without You', sounded almost like an inappropriate statement, as there was no one at this wedding party that would go home without Hammond, even if it was only the sound of his voice humming in their head.

A feel good jam session it was, to the extent that when the vibes master pulled for songs like Double Trouble, and Pull Up The Vibes, it was evident that he had only one care in the world, to satisfy the souls of his audience.

Living up to expectations of being one of dancehall's best, I-Octane brought a lot of energy and magnetism to the stage, choosing to have a performance built on conversing with the audience. Decked out in all-white, the artiste known for hits such as, Lose A Friend, Buss A Blank and Party Turn Up, performed for a solid 60 minutes, dedicating some of his time to mothers and women in the country.

Allowing young Daniel 'Brighter' Gordon, brother of the groom to have his five minutes of fame on stage, the youngster with a voice of gold, did not disappoint.

In fact, Brighter, brought immense excitement to the event. His presentation was followed by the unorthodox and extremely talented group that goes by the name NoMadz.

Christopher and Maria Gordon, tied the knot late last year and shared the moment officially with friends on Saturday.

KINGSTON, JAMAICA - Fans of dancehall artiste I Octane took to social media to voice their disgust with the revelation that Octane has not been booked to perform on this year's Reggae Sumfest concert in Montego Bay. 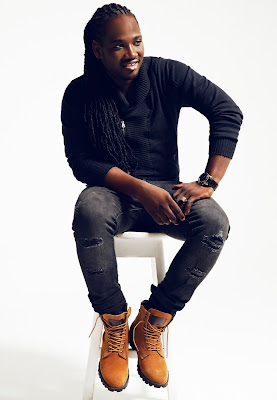 I Octane closed the international festival on two occasions to rave reviews in the past, and he has been on a tear in recent weeks with incendiary performances at live shows such as 'New Rules', 'Britjam' and 'Top of the Line' so his exclusion from the line-up has caused consternation among his legion of fans when the official lineup was posted online on Wednesday.

"I know that Sumfest is under new management but why no Octane, fans in the west love Octane, he always gives a great performance every year, he is a guaranteed crowd-pleaser so why the change?" one fan posed on Facebook.

"How Sumfest so biased!? No Octane, no Sumfest!" @badgalrenee tweeted.  Another Twitter user, @monzashotta tweeted: 'wah Sumfest ah deal wid? How the Genna Octane no de pon the show this year after him bun it down 2016".

jhana_grant said: why haven't I seen IOctane listed in the lineup? I come every year from Atlanta and he is my favourite part of the show."

I-Octane has come a long way since his debut at Reggae Sumfest several years agoas an opening act and through his fiery performances gradually worked his way up to appearing later on the festival to become a middle-order artiste in 2011, when he delivered a set that surpassed the expectations of the Reggae Sumfest crowd. Over the years, I-Octane has been consistent in his career and that has boosted him to become known as one of Jamaica's best artistes. He closed the festival two consecutive years, 2013 and 2014.

He is known for massive hits such as Lose a Friend, L.O.V.E Y.O.U and Gyal A Gi Me Bun.
Other artistes who have not been booked or announced for this year's edition of Reggae Sumfest include Popcaan, Assassin and Konshens.

KINGSTON, JAMAICA: Having released the debut single from his destined-for-success 14-track album, Ideologies, Rastafarian singer Droop Lion is enthusiastically looking forward to taking his all-embracing message of love and unity to the entire music world.


The first single, Have You Ever Seen The Rain, was released on all digital platforms on March 15, and, already music critics have been hailing it as "a true masterpiece" and a "reggafied work of art", proving to Droop Lion and his team that their decision to use this song as the lead single was indeed on point. Well, truth be told, Have You Ever Seen The Rain has already sold over  25 million copies during the decade of the seventies for the original singers, roots rock group Creedence Clearwater Revival. However, this version, while not straying far from the original, still manages to give fans that signature Droop Lion sound, feel and appeal.

"We wanted to keep the nostalgia in the song, so during the production we refrained from changing up the lyrics, but at the same time, we made subtle changes which infused a different kind of vibration in the song. But, at the end of the day, we all know that a classic is a classic and you can't improve on that, you can only interpret and hope that fans will appreciate your interpretation," explained Droop Lion, who noted that he was looking forward to meeting the original singers/song-writer.

Meanwhile, the Free People Entertainment recording artiste continues his exciting musical journey with what will be predominantly a media tour, which kicks off on May 12 and runs through to May 28. He will traverse through Europe, making stops along the way in countries including the UK, France, Germany, Finland, Spain and Italy. Noting that the aim is to solidify his already burgeoning status on the European continent, Droop Lion was full of praise for his fans there who, he says continue to show his amazing love.

"It is always a joy to be in Europe," he said. "The respect and admiration is mutual and I am really looking forward to connecting with the members of the media and through them, speak to my fans. Just want to give a shout out to all the media people all over who have been gracious enough to give us air time, print space and your overall support. It means a lot to me," stated the singer, who emerged as one of the leading voices of a new reggae-soul movement.

Droop Lion added that fans in Europe will see him in action on May 14 when he is scheduled to perform in London.

Posted by Dancehallreggaeweseh.com at 8:33 AM No comments: