Controversial entertainer to be sentenced for murder today 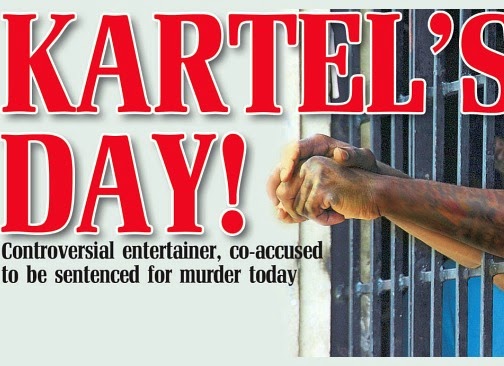 KINGSTON, JAMAICA - CONTROVERSIAL entertainer Vybz Kartel and his three co-accused face the possibility of life in prison for murder when they appear before Justice Lennox Campbell in the Supreme Court in downtown Kingston, today.
Kartel, whose real name is Adidja Palmer, fellow entertainer Shawn 'Shawn Storm' Campbell, Kahira Jones, and Andre 'Mad Suss' St John were found guilty two Thursdays ago after a record 65-day trial.
The men were convicted for the beating death of Clive 'Lizard' Williams which police say occurred at a house owned by Palmer in Havendale, St Andrew, on August 16, 2011.
Williams was killed, police say, over the disappearance of two missing firearms.
His body is yet to be found.
Under Jamaican law the penalty for murder is death, but since 1992 no convicted murderer has been executed, despite calls from the populace for the penalty to be utilised and a majority vote by legislators in Parliament in November 2008 in favour of retaining the penalty.
Former tough cop Reneto Adams last week suggested that Vybz Kartel be slapped with a 50-year sentence for his role in Williams' murder.
During the trial, voice notes, video, text and BlackBerry message evidence was used by the prosecution to secure the conviction of the four men.
A fifth accused, Shane Williams, was found not guilty by an 11-member panel of jurors, but has since been slapped with another murder charge by police and still remains in custody.
The prosecution's case rested heavily on the testimony of a former 'Gaza Empire' member, who gave damning eyewitness evidence against the accused men.
The witness testified that he and Williams were summoned to Havendale by Kartel and were taken there by Campbell in a taxi driven by a man known only as 'Need For Speed'.
He said he and Williams were given two guns for safekeeping which went missing after they were hidden in an abandoned premises at Waterford in Portmore, St Catherine.
The prosecution also displayed a BlackBerry message in which Kartel allegedly wrote that Williams had been chopped up and his body disposed.
Police have put in place special measures to ensure there is no repeat of the bombardment of the Supreme Court which occurred when Kartel and his three co-accused were found guilty two Thursdays ago.
King Street will be closed to vehicular traffic between Harbour Street and South Parade. This means motorists travelling from South Parade, Tower Street, Harbour Street, and Barry Street will not be allowed to turn onto King Street.
Church Street will be closed to vehicular traffic between South Parade and Tower Street, while no traffic will be allowed to turn onto Church Street from Barry Street. Police said only court officials and police vehicles will be able to access Church Street from the direction of South Parade or Tower Street.
Motorists travelling along Harbour Street who intend to use King Street to get to the Parade area will have to use Orange Street or continue straight along Harbour Street, then left onto Duke Street, then left on to East Queen Street, to access the Parade area.
Additionally, motorists travelling from South Parade intending to use King Street will have to travel onwards to East Parade, then
onto East Queen Street, then onto East Street.
Source: Jamaica Observer

Posted by Dancehallreggaeweseh.com at 8:49 AM No comments:

Posted by Dancehallreggaeweseh.com at 10:48 AM No comments:

Posted by Dancehallreggaeweseh.com at 7:09 PM No comments:

You could not have done anything else – Judge 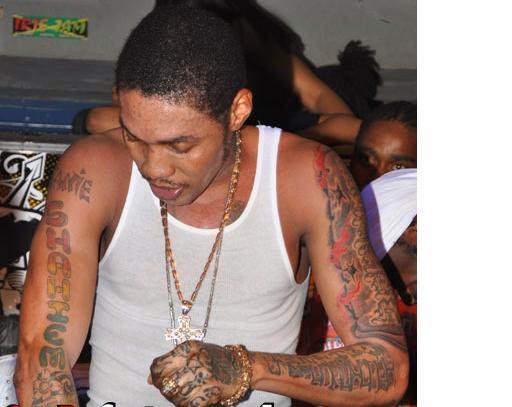 Kingston, Jamaica - After five months of trial, six days of summation and four guilty verdicts, Justice Lennox Campbell assured members of the jury that they could not have done anything else as it related to the verdicts.

"You could not have done anything else of this evidence presented here. It was not possible," the judge said.

A few minutes earlier, the 11-member jury, who had deliberated for a little over two hours, returned with four guilty verdicts and one not guilty.

While the four remained expressionless and staring straight ahead, Williams briefly bowed his head after his verdict was read.

After thanking the jurors for their 'responsible and serious approach', he commended them, on behalf of the Jamaican people for having served so well.

Those found guilty are to return to court for sentencing on March 27. The defence attorneys have indicated their intention to appeal.

Kartel and five other men had been charged with Clive 'Lizard' Williams' murder, but at the start of the trial in November last year, the fifth co-accused, fashion designer, Calvin Haye, was freed after the Crown offered no evidence against him.

Posted by Dancehallreggaeweseh.com at 1:40 PM No comments: 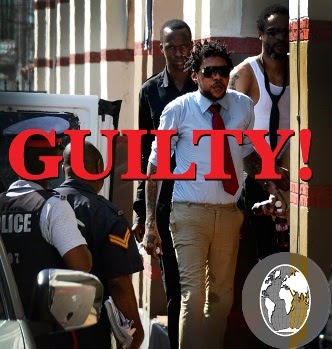 
Those found guilty are to return to court on March 27 for sentencing.


Source: Jamaica Observer
Posted by Dancehallreggaeweseh.com at 8:24 PM No comments: 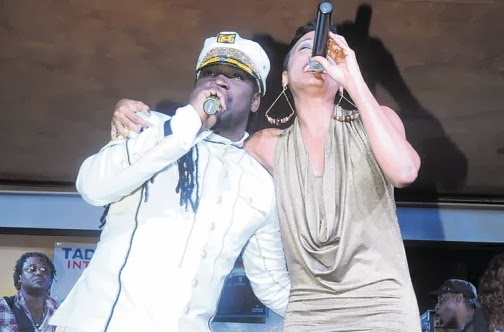 TRIPLE Century Sports Bar in New Kingston, St Andrew, Jamaica, was the venue for the launch of I-Octane's sophomore album, My Journey, on Thursday.

"The album represents a new dimension for me," the entertainer told the Jamaica Observer.

The 16-track set, a follow-up to 2012's Crying to the Nation, is distributed by Tad's International. It is currently at number 5 on the US iTunes reggae chart and number three on the corresponding Germany chart.

I-Octane arrived at the venue dressed like a ship's captain and prepared for his voyage. The L.O.V.E singer performed a mixture of new and well-known tracks for the packed venue. Entertainer Alaine also did a track with him.

The telecoms provider also sent out a download link for his new single Stepping In The Name of Love to 400,000 of its subscribers.

Penthouse Records' Donovan Germain, who first voiced the artiste, recounted how he advised him to change his name from Richie Rich to I-Octane.

Raquel Nevins, Guinness brand manager, had high praises for the artiste.
"He is the only artiste to do Arthur Guinness Day three times, which is a record," she said.


Source: Jamaica Observer
Posted by Dancehallreggaeweseh.com at 4:30 PM No comments: