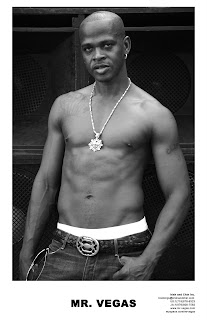 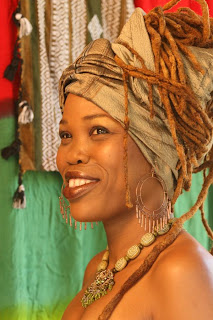 While Elephant Man is on tour in Japan, his hot single Nuh Linga still lingers in the #1 position. Ele is now picking up where Bolt left off, giving Asians a piece of the new Jamaican flavor. The single is spending its third consecutive week in this spot. Watch to see what will happen next week has a threat remain for this spot.
Mr. Vegas with Daggering seems very determined to regain the number one position. This week, as the single sits at the threatening #2 spot; it also holds the Shot to Watch title. Let see how much power the ‘dagger master’ has to take over next week on the chart, the track has already spent two weeks at number one.
Again Mr. Vegas stays it into the top five, here he stands tall with another girls’ anthem Nuh Fight Over Man. The scorching track sits in the #3 leaving the #4 spot. Watch to see if this man will fight over the number one title on the chart.
The first lady of dancehall Lady ‘Mumma’ Saw with her catchy single Sunday to Sunday is holding firm in the #4 position. The has single made a minor shift down one place but still hold strong to be in the top five position.
The newcomer Konshens is making strides with his blazing single Winner, the track has step it up a notch to make it into the top five on the chart, it is now at #5 leaving from the #6 position.
The Dancehall’s Assassin aka Mr. Jeffrey with Dem Nuh Wah Nuh Gal has taken claim to the Greatest Gainer title. The single has jumped three places to make its way to the #8 position from #11. The controversial hit single is creating waves in the dancehall. Let see the impact it will have on the chart.
The Roots Reggae Empress, Queen Ifrica with Keep It to Yourself is this week’s holder of the New Entry title this week on the chart. The track is debuting at #20; it’s on the Don Corleon label. Ifrica is a true queen so she can take any crown; we definitely watch to see her movements on the chart.
THE CHART AIRED FRIDAY'S @ 9:15pm WITH REPEATS DURING THE WEEK ON HYPE TV CAN BE VIEWED IN THE WEEKEND CHAT ON FRIDAY'S, YOU CAN ALSO WATCH THIS WEEK TOP 20 SINGLES CHART ON HYPE TV WEBSITE JUST LOG ONTO www.hypetvjam.com .
Posted by Dancehallreggaeweseh.com at 4:37 PM