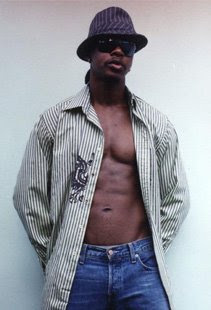 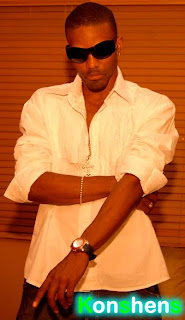 Mr. Vegas takes off this week with ‘Daggering’; the track has taken back the #1 title, making this its third time at number one. The hit maker has grace us with several hits like ‘Heads High’, ‘Nike Air’ and recently ‘Hot Wuk’ in his eleven year reign, however, the shocking news broke yesterday that the artiste will be retiring from dancehall music but he will be honoring all his previous commitments. This is a very sad time for the dancehall arena, he will be missed immensely if he stands by his decision. Thank you Vegas for your contribution to dancehall music and also for leaving us with a scorching hit.
The ‘Energy God’ Elephant Man with Nuh Linga has been dethroned by the retiree. The single has spent three weeks at number one but now takes up the #2 spot. Who knows, it may be able to make a turn as the new number one ruler.
The “retiree” seems to be a force to reckon with, Vegas have another single taking up position in the top five with ‘Nuh Fight Over Man.’ The single takes hold of the #3 spot. Again I will say you will be missed.
While another dancehall music champ leaves the industry another rise, Konshens with the Winner takes hold of the #4 position leaving for the #5 spot and claiming this week’s Shot To Watch title. He is definitely a newcomer to watch out for.
This week Morgan Heritage will be smiling as their track “Nothing to Smile About” makes its way as one of the top five singles on the chart. The group has been working very hard ever since they appeared on the scene. It seems the legacy of music hold still in their blood.
Mavado has never failed to arise and renew his style as he brings to the chart this time Am So Special. The single is this week’s Greatest Gainer, jumping three places to make it to the #12 position leaving the #15 spot.
The New Entry on the chart this week goes to the ‘Gargamel’ Buju Banton with Sleepless Night. The track is another one from the Don Corleon label, it holds the #20 position.It's left to be seen how the movements of this one will continue on the chart.
The ladies are appearing to be a real threat on the chart, they are four beautiful women of Reggae and Dancehall who are riding high on chart. Two are holding firm in the top ten; Lady Saw and the Diva Cecile. While the other two, Stacious takes hold of #14 and the Roots Reggae Empress, Queen Ifrica holds down the #19 position in her second week on the chart.
THE CHART AIRED FRIDAY'S @ 9:15pm WITH REPEATS DURING THE WEEK ON HYPE TV CAN BE VIEWED IN THE WEEKEND CHAT ON FRIDAY'S, YOU CAN ALSO WATCH THIS WEEK TOP 20 SINGLES CHART ON HYPE TV WEBSITE JUST LOG ONTO www.hypetvjam.com
.
Posted by Dancehallreggaeweseh.com at 4:18 PM