True Story has a story to tell 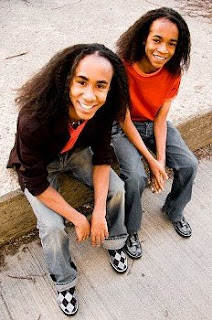 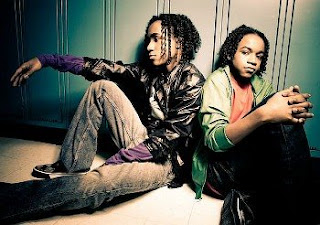 They may be young, but brothers Kepha and Daniyah Gordon tell their True Story with a maturity well beyond their years. Together, each poses an entertainment triple threat: singer, dancer, lyricist.
Born to a large working-class family in Toronto, Canada, Kepha (16) and Daniyah (14) showed signs of their unique talents at an early age.
The inseparable siblings began to write about the world they were seeing, determined to make a difference with positive messages woven into catchy hooks. The new EP is an R&B crossover sound reminiscent of radio-friendly acts like Musical Youth, ATL, and B2K.
Featuring conscious lyrics, danceable beats, and silky vocals, "Schoolyard" warns against the dangers of falling into the wrong crowd, while "Sometimes" portrays the sexual pressures faced by teens. The story of a family living in poverty is told in "Everyday," and the reggae-flavoured "Things Happen" (inspired by a true story) addresses the image problem faced by young Black men when dealing with the police. And "Solo" is a straight-up club-thumper, built to get feet on the dancefloor.
Kepha, whose husky voice evokes shades of Omarion, prides himself on his skills as a choreographer—dancing practically before he could walk! He is continually growing as a songwriter, composing his ownmusic and branching out his talents into acting, television, and theatre. Kepha has appeared in stage productions of Romeo and Juliet, Snow White, and The Prince And The Pauper (Richmond Rose Productions), and was the Junior Choreographer and ensemble cast member for Randolph Academy's production of The Wiz.
Daniyah began singing to entertain his close-knit family, but soon became a forceful creative partner to his brother. His voice is more allusive to a young Michael Jackson. Like Kepha, Daniyah is also an actor, appearing as Dre (lead) in the TV series Da Kink In My Hair and as Tyler (principal) in TV series The Weight; as Ciel (lead) in Charles Officer's film Nurse.Fighter.Boy; and in two seasons of Our Town (Soulpepper Main Stage). Daniyah also appeared in Mr. Magorium's Wonder Emporium (20th Century Fox), Disney's Jump In, and in television commercials for Hasbro and Hess Toy Trucks.
Boasting an inspiring positivity and infectious sound, these two boys have arrived on the scene with a refreshing debut and a story to tell. With widespread appeal and a broad range of talent, True Story are poised to hit the pop and R&B industry full-force.
Posted by Dancehallreggaeweseh.com at 12:35 PM