I-Octane’s Different Page Is Number One 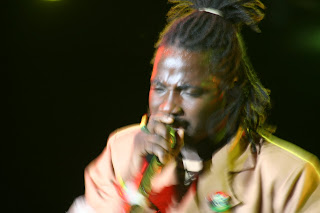 Since I-Octane’s video for Different Page was released it has been getting good rotations on the various cable and video shows. It is currently #1 on VTX Top 10 Video Countdown chart on Hype TV.
Different Page is still enjoying chart presence on both the New York Top 30 and Hype TV Top 20 Singles Charts, a fact the singer is grateful for.
It has been a good season for I-Octane as since his performance at Sumfest, where he put on a good showing, the singer made the trek to Holland performing at one of their top festivals to rave reviews. Returning home, the singer, still in top form musically, did the rounds passing through the weekend Jam in Standpipe, and stamping his class at Jamworld Entertainment Centre in Portmore.
Come December 26, Boxing Day, I-Octane will be returning to Jamworld where he will be one of t acts on ‘the greatest one-night show on earth,’ Sting.
He told the Chat! that he has a special performance lined up for the Sting crowd and he can’t wait to unleash it.
Posted by Dancehallreggaeweseh.com at 12:42 PM