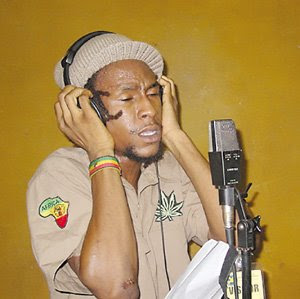 Jah Cure’s newest album, ‘The Universal Cure’, his first recorded album since his release from prison, is scheduled to be shipped worldwide this month. The first single off the album, ‘Hot Long Time’, featuring Flo-Rida, Mavado and Jr. Reid, was recently released in the Caribbean. This collaboration is the first of many for Cure. The album contains collaborations with several artistes, crossing the reggae, hip-hop, Latin, and R&B genres. Another single, ‘Mr. Jailer’, will be released from ‘The Universal Cure’ album in the U.S. and Europe. Another track from the album, ‘Journey’, is also on the reggae compilation album, ‘Journey Riddims’, now available worldwide on iTunes.
Posted by Dancehallreggaeweseh.com at 1:46 PM