Love You Any video premieres tonight on TVJ 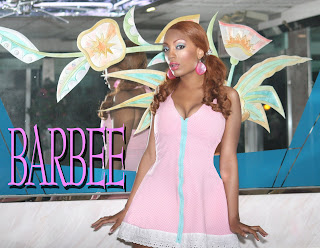 The video for singer Barbee’s hot single Love You Anyway will be premiered tonight on TVJ’s ER at 8:00 pm. The video was shot on locations in New York and Hedonism III in Jamaica under the direction of Cinemania Khiny in New York and Tariq Zawdie in Jamaica.
The single which is produced by Garfield Webb and Sean Due of It’s Not A Game (ING) Records, since it’s release has been taken off both locally and on the international scene. The song is currently #20 on the New York Top 30 Singles Chart and #13 on the South Florida Top 20 Singles chart.
The song is also enjoying good rotation on the local scene. Barbee in an earlier conversation said the single saw her “extending herself” in it.
"This is exactly where I wanna be. Not have people pulling strings as if I'm a puppet, not being animated as if I'm a cartoon. This song has real emotions and feelings in it. So everyone can relate."
The listening public seemed to have caught on to the good vibes she has about the single as many are still amazed that it’s really her singing the song. Among the many comments she has received is that the song has an international feel to it and that she sounds “different”.
Posted by Dancehallreggaeweseh.com at 12:13 PM