It was a Barbee, D’Angel showdown at Teensplash 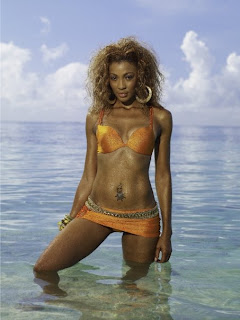 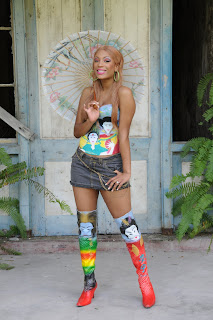 By S. Wilson
Barbee and D’Angel just can’t seem to stop crossing paths…and if the direction their careers are going is anything to go by then a lot more of that will be happening.
Barbee’s hit single Love You Anyway is on all the major charts in Jamaica and also on the New York/South Florida Charts. Check again, D’Angel’s Stronger is also in the mix of things. Presently Barbee’s single hold the stronger position.
Recently at the Teensplash rehearsal there were speculations on whether or not things would turn into a catfight…but no, nothing happened, however it was all played out on stage at Teensplash as D’Angel performed First Lady and uttered words like “meck a gal gwey” and hinted at things again being nice between herself and her husband Beenie Man.
As for Barbee she was dressed to kill in a sexy leather body-hugging outfit that had the males in the house salivating instead of paying attention to her stage performance. They weren’t afraid to acknowledge the fact either as MC Jerry D made no apologies for his looking. When he threw out the question to find out if he had company in the ’looking’ department scores of males hands went up in the crowd.
With Teen Splash out of the way and the two having hot videos, there is no doubt that they will again be sharing the same stage. Will one or both of them give in to the speculations on the street and throw out the challenge for a lyrical on stage battle? Could Barbee take on D'Angel…and would D’Angel be able to hold her own if she did?
Posted by Dancehallreggaeweseh.com at 5:51 PM