Who do you think is the best dancer in the game today? 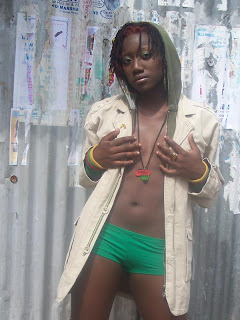 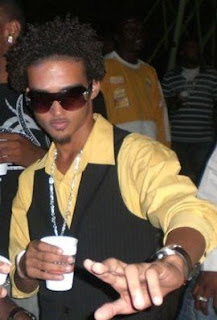 By insider
Several awards will be handed out in the next few weeks for excellence in the world of entertainment. Late last year, Sample Six grabbed the dancer of the year title, but in recent weeks, Ding Dong appears to be gaining the upper hand because of his appearance in Elephant's Sweep video as well as his two hit songs, Man a Gallis and Dip Again with Elephant Man. Chi Ching Ching has become a personality in his own right but interestingly, not many people think he is a competent dancer, while new names such as
Global Bob keep popping up in the discussions as of late.
Global Bob is nominated in the dancer category in the HYPE TV awards but he is presently losing out to a woman, Mystic.

"The race between them is getting tight, it has been a hard battle, with Global Bob leading sometimes and Mystic leading sometimes, right now she has gone to the forefront but it is still anyone's race,". You can vote by going to www.dancehallreggaeweseh.com and choosing your favourite dancer.

However, interestingly, in the Youth View Awards, it is Keiva who is holding the reins as the favourite in the best female dancer category. You can vote for her by texting m Keiva to 444-2470 before voting closes on January 30. However, many dancehall insiders believe that Mad Michelle is the best dancer by virtue of her ability to do all dances, even the male ones with equal skill.

"Mad Michelle sick, she have the gully creeper, the sweep, down pat. Keiva stop go out so she shoulden even get nominate, and Stacie still ah do her ting but mi no know Mystic and who the hell is Global Bob? To me the best male dancer inna Jamaica right now is Sample Six, Ding Dong ah do him ting, especially with the deejaying but right now, the streets ah say Sample Six and the big BMW him a push," one source told us. Source www.dancehallreggaeweseh.com
Posted by Dancehallreggaeweseh.com at 9:47 PM