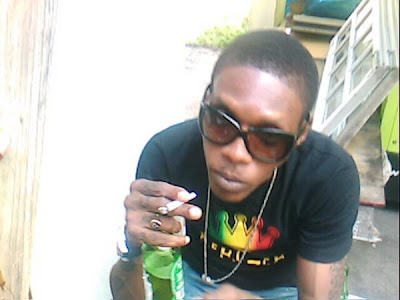 Controversial deejay Vybz Kartel is spearheading a movement to challenge the Broadcasting Commission's recent ban placed on all daggering songs and songs that require bleeping.
The artiste is not only pleading with his fellow entertainers to unify against the ban implemented by the Broadcasting Commission, but he is also enlisted the assistance of his lawyer, Michael E. Deans, in an attempt to get a judicial review.
"Whether yuh seh 'Gaza' or 'Gully', you need to stand up against the commission. The artistes need to lobby for dancehall and reggae music and for people's freedom of choice," he said.
The deejay further said: "The ban is dangerous to the culture of the dancehall. Soon, the next step might be that we can't do social commentary songs, weed songs, songs about the inconsistency of government. I believe what they are doing is bordering on intellectual slavery and dictatorship with traces of communism."
When THE STAR spoke to Deans, he said he was looking into Kartel's legal options.

"Vybz Kartel is a very deep, introspective and intelligent person who is concerned about his freedom of speech and is outraged and rightfully so."
Kartel came under public scrutiny recently because of the content of his collaboration with Spice, Rampin' Shop. The song is said to be sexually explicit and has been publicly bashed by a number of persons, including a newspaper columnist.

This move, however, is not one that Kartel will easily accept. "This (the ban) is not a stand against music but dancehall music, and in effect, ghetto people who are fighting for their livelihood. If you listen to the radio, all you're hearing is hip-hop music which 90 per cent are all edited versions of the original. It's a double standard if Candy Shop, Lollipop and I Kissed A Girl can be played so, too, can songs like Rampin' Shop, it's a straight double standard."

He called on the fans of dancehall music to call the Broadcasting Commission to lodge complaints against other forms of music with violent and sexual content in soca and hip hop. And if all this fails, "...we ask Jamaicans to boycott radio," he said.

Kartel is accepting petitions against the ban at cmillsy@yahoo.com or they can be sent to the studio of the Portmore Empire at 14 Kirk Avenue, Havendale.
Posted by Dancehallreggaeweseh.com at 10:04 PM