GOT MOJO? TAKES TO THE SKY WITH, JET BLUE AND JTB 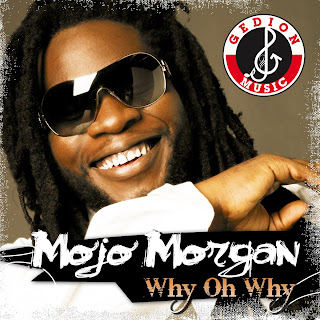 It could very well be called Mojo’s first solo flight, and what a soar he made! The Morgan Heritage member, who recently launched his solo career, made a career forward move recently when he was able to climb on a platform and launch his debut solo project in tandem with the Jamaica Tourist Board and Jet Blue Airways.
Mojo who recently celebrated with the JTB and Jet Blue the launch of that airline’s inaugural flight to Jamaica at a function branded Jammin’ in the Sky.
Mojo was the only act to perform at the event to officially mark JetBlue Airways’ new service from New York to Jamaica, which commenced on May 21.
The singer was the special guest performer at the private launch in New York City the evening of May 20, at this invitation-only event which was attended by over 400 members of press, tastemakers, JetBlue executives, and JTB officials.
Mojo, who grew up in the USA, but who now resides in Jamaica, has managed to incorporate his American side with his Jamaican roots, and JetBlue is also bringing these two worlds together. So the launch of Mojo’s CD at the function was ideal.
Mojo says he is very happy at the way things worked out and the use of this platform to launch his CD is indeed a boost.
“This was a plus for me as it gave me the perfect opportunity to showcase the album to a wide cross section of people. And it was really a thrill to see how well it was received,” a very excited Mojo declared.
Got Mojo? has also been launched on all online sales platforms.
Posted by Dancehallreggaeweseh.com at 12:16 AM