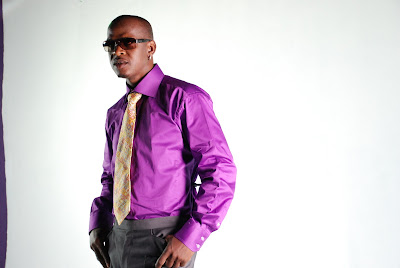 Mr. Vegas runaway hit, I Am Blessed, is carving out a bit of chart history in the modern day era of Jamaican reggae-dancehall music. The single, which was released over two months ago, now occupies the number one position simultaneously on at least five major music charts, underlining the dominance of the song here in Jamaica.

The single is #1 on the Jamaica Music Countdown charts, hosted by Richie B of HOT 102, while simultaneously rocking the top spot on the weekly ER charts, the RE TV dancehall charts, HYPE TV charts and the Digicel Caribbean top 30 charts. Two weeks ago, the song also topped the BBC 1xtra dancehall
charts. In the meantime, the video, which features a reverse narrative concept employed by acclaimed video director Jay Will, has also hit the #1 spot on the CVM Hitlist chart, the HYPE VTX Countdown as well as a video chart on Synergy TV in Trinidad.

"It is a rare feat to be at the top of so many charts at the same times and it shows Mr. Vegas' universal appeal and the strength of his fan base in Jamaica. I Am Blessed is easily one of the biggest songs
of his career and the song is just beginning to catch fire on urban stations in the United States and in England, so it augurs well for Mr. Vegas," manager Ray Alexander said.

The I Am Blessed video is also hovering at the #2 spot on the RE MVP charts.

Mr. Vegas is booked solid for the rest of the summer with shows lined up for every weekend until the end of August. He will begin his European tour on July 13, and he is presently compiling singles to
produce an album this summer.

Vegas has an uncanny knack of making hits. After jumping into the spotlight with Nike Air, his next single, "Heads High", had a successful chart run in the UK and a #69 peak on the Billboard R & B
chart. In 1998, his debut album, Heads High, was released, which hit #5 on the US Reggae chart. Vegas won a MOBO for Best Reggae Artist for the Heads High album as well while the year 2000 saw the single "Hot Gal Today" featuring Sean Paul becoming a minor hit on the US R&B charts, peaking at #66.In 2001, he issued Damn Right, featuring guest appearances from Shaggy and Big Yard; this album went to #2 on the US Reggae chart. 2004 saw the release of the Pull Up LP, and the title track scraped the bottom of the Billboard Top 200, peaking at #98 (as well as #68 on the R&B chart). In 2006 he did a Soca collaboration with Machel Montano from Trinidad and Tobago Dance With You on
Machel's B.O.D.Y. album. His 2007 album, Hot It Up, featured songs such as the Jamaican hits "Hot Wuk", "Taxi Fare" and "Tek Weh Yuhself".
Posted by Dancehallreggaeweseh.com at 12:05 AM