FLIPPA LOCKS THE CITY WITH FLOSSING 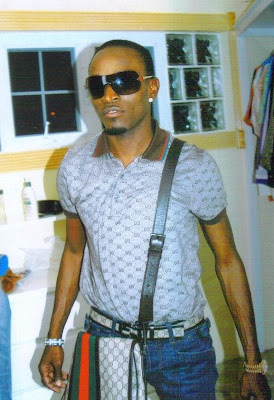 Let’s forget ‘Zagga’ and all that he professes to have done in terms of flossing. Right now, as it stands, if you look up the term flossing in Google, chances are you will find a picture or some information related to the Flossing King, Flippa Mafia.
So, it was not surprising that the flossing champ took things to another level when he headlined Flossing Pon De Gaza on July 4th in Club Enigma, Atlanta.
Actually, Atlanta is one of the States to which Flippa has the keys and he locked the city with a performance that was a great prelude to his impending Reggae Sumfest perormance scheduled for Thursday, July 23 in Montego Bay, Jamaica.
Flippa, eager to please his fans, kick started his show with the hugely popular Bout Dem A Floss and went through his repertoire with ease and expertise. At approximately 4:30 am, he brought his set to a close with Look A Like, which also brought the curtain down on the show.
Also on the bill were artistes Black Ryno and Shawn Storm.
Posted by Dancehallreggaeweseh.com at 8:46 AM