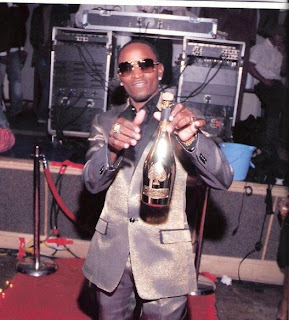 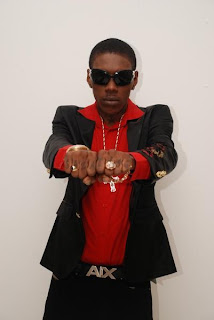 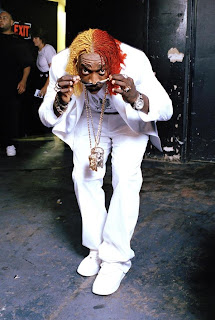 Vybz Kartel underlined his dominance as dancehall's top act with a brilliant performance at Reggae Sumfest 2009 this morning. Hitting the stage at a few minutes to 5 a.m., the EME deejay of the year immediately energised the crowd with his trademark line from his recent number one, Money on My Mind: 'idlers mi no have no time fi yu'. And the crowd almost lost its collective mind.

A deafening roar erupted from the crowd and huge forward rolled over the sea of bodies in the venue as he hit the stage dressed in an Arab costume. He blazed with a money medley that included Money Fi Spend, Trailer Load a Money, Million Dollar by a Morning and Dallas, each forward eclipsing the size of the previous one.

Jahvinci of the Portmore Empire distinguised himself with a well-timed performance as well picking his spots to deliver his monster hits, Watch Yu Friends and Rich, and earning big forwards and kudos from the press. Gaza Indu stumbled and fell during her performance of Kartel Completely when The Teacha attempted to give her a backas and she fell on her butt. He laughed it off.

Beenie hit the stage right after Kartel with the colours of dawn colouring the sky with his trademark ' dem get mi ma-ma-ma-ma-maddd', before seguing neatly into Gunshots inna the Air. He then got a big forward for his new song, Stock and Pile.

He then did two Michael Jackson songs as a tribute to the late King of Pop, doing The Girl is Mine and Heal the World, he then did his own microwave version of Kartel's Money of My Mind with the D'angel built-in punch line 'not even D'Angel can talk say she own me' which the crowd loved.

However, many fans were disgruntled that they did not receive a more comprehenzie performance from the Doctor given that the performance took place on a day when he was honoured for contributing 30 years to the biz. Vybz Kartel also joined Beenie Man onstage during the performance doing a song called Gaza Mi Say on a hip hop sounding riddim. Beenie also solicited a big up from Kartel with regards to the award he had won earlier.

Bounty Killer delivered one of his best performances in recent history, showing his more humane side, cracking jokes and witty one-liners that entertained the huge audience. He told the audience that his "battle scars had taught him a lot of lessons'.

"Oonu deal wid me a way last year but is alright, mi is a good yute," he intoned as he attempted to connect with the audience.

He then criticised the recent taxes implemented on taxes and salt before doing Pop It off, and then a quick medley with dancehall classics such as Look Into My Eyes, Another Level, Eagle and Hawk and What Else Yu Waan Mi Do.

He checked himself once when he attempted to do Kill Off Dem BC, cutting it off quickly with a terse 'it makes no sense' and then got a huge forward for Nutten Nuh Change.

He alluded to his recent court cases and various criminal charges with a typical Bounty-ism: 'I are in charge'.

He also bussed the place with a statement to the effect that "ah me mek the gully and the gaza, ah me own the bl---th plaza".

Bounty Killer's performance appeared to eclipse that of Mavado who started strongly with a barrage of his hits, but faded a little at the end before recovering well with Money Nuff for which he earned a huge roar from the crowd. During his set,

Elephant Man was simply brilliant with fire torches stabbing at the sky and fire rockets going off and when he did 'Dancehall Nice Again', it was more than a song, it was a statement of how well the show was going with both Bounty Killer and Mavado bigging up the Gaza fans.

Kiprich performed really well but Flippa Mafia, the king of flossing, seemed to take some of his buzz with a confident extravagant performance that included emptying three bottles of Ace of Spades champagne onto the stage. He also threw money in the crowd which had men and women diving onto the ground to grab US dollars.

Spice did well, closing strongly with Ramping Shop, D'Angel was super-sexy as she danced on a pole and pulled off the best choreographed set of the night while Lady Saw and Macka Diamond both earned their forwards.
Posted by Dancehallreggaeweseh.com at 5:04 PM