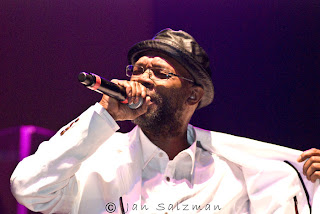 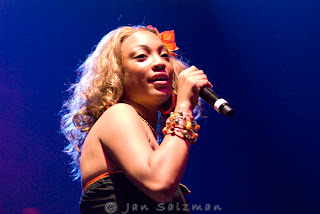 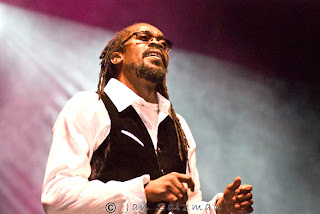 The inaugural Irie Reggae Festival was the exclusive Los Angeles area stop for Beres Hammond’s “Moment In Time” US Tour, and the veteran singer held the crowd in securely his hands with hit after hit including “Rockaway,” “Feels Good,” and ended his set with a show stopping version of his “Giving Thanks” with his Harmony House female singing artist Lenya Wilkes. Grammy-winner Beenie Man closed the show in fine style after coming right off the plane from Jamaica form his Sizzle birthday show the night before in Kingston. The veteran reggae group Inner Circle (“Bad Boys” and “Sweat”) and Culture, featuring the late Joseph Hill’s son, Kenyatta, as lead singer, brought their enormous talents to the lineup. Barbee and her dancers entertained the crowd with a short set including her recent JA chart hit “Love You Anyway” and Los Angeles based Belizean artist, Aziatic, opened the show with a bit of Belizean punta rock and a tribute to “The King of Pop” Michael Jackson that the crowd loved.

The Irie Reggae Festival was produced by Seabreeze Promotions in association with Chi-Ching Entertainment.

Source: Foundation Media
Posted by Dancehallreggaeweseh.com at 10:27 AM