Foota Hype charged with illegal possession of a Firearm 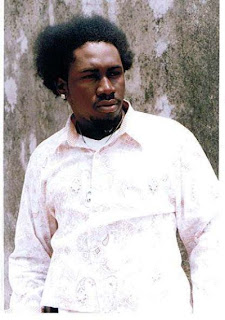 The term, "Trouble comes in twos and threes," has become the latest plague in the life of Alliance selector Foota Hype. First, he was accused of being involved in an attack on Mavado's Range Rover - secondly he was arrested for assaulting a young man from the Cassava Piece community…days after his released from the Constant Spring lock-up Foota was slapped with another charge during his court appearance at the Corporate Area Criminal Court.
According to police reports on September 9, the complainant was strolling along Manor View Drive, St. Andrew when he was approached by Foota Hype and several men who pulled up beside him in a white Nissan motor car. The men then alighted from the vehicle who ordered him to be stilled while they pointed a gun at him.
The complainant immediately went to the Constant Spring Police Station to report the matter when he pounced upon Foota Hype who was there requesting help from the police to move his mother from the volatile Cassava Piece Area. The man then pointed out Foota to the officer as one of the men who attacked him.
Dancehallreggaeweseh.com gets to understand that during Foota's court session on Monday he explains to the Judge that even though he was present on the scene the day the incident took place he did not attempt to search the complainant. Foota Hype however reveals that the police officer who he was traveling with carried out the search.
Detectives have seized the police officer service pistol for ballistics testing. It’s possible he might be slapped with criminal charges.
Posted by Dancehallreggaeweseh.com at 5:06 PM