A GUINEP TREE COMPETITIONS WE HAVE? 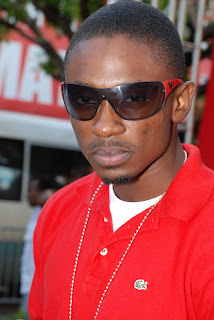 So the other day it happened that I found myself amongst some people who were discussing why it is we still have a dominance of certain artistes on stage shows, on charts and being given airplay. Then smady blurt out “How come we have so much ‘talent competitions’ and we nah see di fruit dem? Ah some guinep tree yuh zeet”. Now that was a serious question that really had me wondering.
The 3 most prominent right now came to mind; that would be Digicel Rising Star, Magnum Kings and Queens and The Tastee Talent Trail. We will leave out Dancing Dynamites since we are focused more on vocal talents.
Let’s break it out: Tastee had been around eons now (even though they revamped the competition 3 years now to The Trail), Rising Star a few years now and Magnum Kings and Queens is only 3 years old.
All three competitions offer cash prizes , training and exposure to industry operations and some even offer recording contracts with established Records Labels. Tastee with Penthouse and Rising Stars did it with Gee Jam Recording.
When Magnum Kings & Queens of Dancehall was launched its mandate was to unearth and showcase authentic Jamaican dancehall talent. It even boasted of affording up and coming talents the chance to rub shoulders with industry insiders ; rubbing shoulders is one thing. Gaining mileage and never running out of road while putting the knowledge you gain to use is another.
Why the winner dem nah win inna di real world?
Since Marvin Fishley won in 2007 and Kelvin Dixon in 2008 on the Tastee Talent Trail have their careers moved an inch? What are the names of their singles? Do they even have singles? What kind of publicity has been done? What do they even look like? Being the Big Kahuna in the Major Leagues of talent competition; It would be fair to say that Tastee has done a poor job in promotions.
Turning attention to Digicel Rising Star of all the winners perhaps the most successful to date would be Chris Martin if we are to use a criteria of popularity, number of bookings: local and overseas, number of past performances, airplay of original and covered material. Income earned will be left out since most entertainers are not forthcoming with this type of information.
What of past winners Cavan, One Third, Romaine Virgo, Cameal Davis? Let’s hope the best for Brown Sugar
Romaine Virgo would have to be the 2nd most successful. He has inked a deal with VP Records and has had a number of showings on the local entertainment circuit, but how about overseas? Nada to date. Is that due to school or lack of whip appeal? 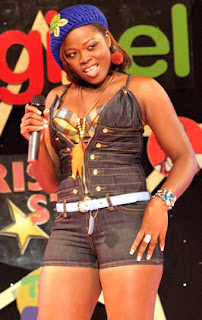 Cameal was in the spotlight for a bit and now what, has the light dimmed?
One Third seemed poised to be the next boy group of the decade. They were hot for about a year after winning and even shared the stage with international artistes such as The Manhattans, Regina Belle, Alton Ellis and Air Supply but now it seems the air has been sucked from them. Maybe the split from their Management was not such a good move or maybe their management lacked the capacity to take them further.

To Be Continued
Posted by Dancehallreggaeweseh.com at 8:58 AM