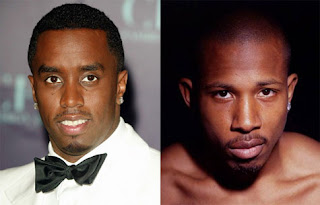 For a week that was supposed to be celebratory, Shyne has experienced quite a few setbacks. After learning that he would not be released from prison on Tuesday as previously scheduled, the rapper is now refuting comments made by Sean “Diddy” Combs during an interview last month.
Diddy claimed on New York radio station HOT 97 that he had spoken to the former Bad Boy MC several weeks earlier, stating the two were on good terms. According to Shyne and his attorney, Oscar Michelen, Diddy’s claims are wholly false. “My client wants to make it very clear that no such conversation between Mr. Combs and he ever occurred,” Michelen revealed. “I was very surprised to hear Mr. Combs’ claims about talking with my client since I speak to Shyne all the time and he never mentioned anything about it.”
Shyne, who is presently in the Buffalo Federal Detention Facility after serving more than eight years for a 1999 Club New York shooting, told Mr. Michelen: “I want it known that this supposed conversation is a figment of Sean Combs’ imagination. He never spoke with me, he never visited me, nor would I ever accept a phone call or visit from him. The only way I would do either of those things would be if he stepped up and did the right thing for the victims of the incident.”
A civil lawsuit, which arose as a result of the shooting, is still pending in Brooklyn Supreme Court.
Source: rap-up.com
Posted by Dancehallreggaeweseh.com at 2:30 PM