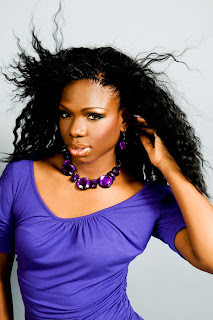 Yellow Moon Recording Baby Tash is fast becoming the one of the hottest female deejays on the lips of the dancehall lovers in Jamaica. Her saucy new single, Facebook, has been bombing FM radio into submission, and has been generating major buzz on Internet sites all across the world.
The single has also been blasting up charts such as Richard Banton’s Toronto Top ten Reggae /Dancehall singles and just this week, popped up on the Stampede Street Vibes chart.
“The single is doing well, Facebook is showing up on a number of charts here and internationally, and it is getting a lot of support so far from the dancehall community, the streets loving it,” Baby Tash said in a release.
“I cannot complain about my career so far, it ah elevate on every level, mi ah get more recognition, and people are anticipating Baby Tash as they feel my career is about to take off. Facebook ah shot, the response to Haffi Come Back is also crazy.”
The medley video for the hot Facebook single and the new single Haffi Come Back, will be shot this Thursday and directed by Ras Tingle.

“We’re looking to start shooting the medley video this week, this is the next stage in Baby Tash’s development; manager Ray Alexander said.

Recently, Baby Tash performed in Brown's Town during the Jagra-sponsored Nuh Behaviour show for hitz 92 fm, sending a warning to all the other females deejays to step up their game because Tash is taking no prisoners.
Posted by Dancehallreggaeweseh.com at 11:00 AM