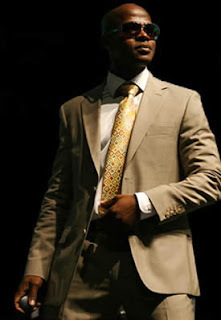 Mr. Vegas has scored another major international achievement as his hit song, Mus Come a Road is featured on the soundtrack of the best-selling game title Grand Theft Auto IV: Episodes from Liberty
City. The GTA IV game has sold over 70 million copies worldwide.

Like the previous games in the series, the soundtrack is mostly made up of in-game radio stations. The song appears on the RamJam FM radio station hosted by DJ David Rodigan, and other reggae tracks by reggae icons such as Ini Kamoze, Barrington Levy and Desmond Dekker.

"Mus Come a Road appeared on the Strictly the Best VP compilation of 2008, and it peaked at #5 on the black chart in England so it is one of those masterpiece tunes in Europe, and it was popular on the west
side of San Francisco and the west coast. Nuff innocent man de a jail, and nuff real thugs, not rapists or killers of children, who have been wrongly accused," Mr. Vegas said.

"This is a good achievement, there are millions of artistes worldwide and they chose me as one of the reggae artistes. Mi play Grand Theft Auto II, so I am familiar with the game, and mi ah look forward to
playing the game and hearing my song on the radio station."

These radio stations can be listened to when driving various vehicles in the game, or at the start menu. RamJam Fm can only be listened to in Episodes from Liberty City.

Radio stations in past Grand Theft Auto games have included licensed music, original music made specifically for the game, DJ chat, and spoof advertising. This game includes 19 in-game radio stations (20 in the PC edition) and over 200 tracks (whether licensed or original). Of the 19 stations, 16 are musical stations while the other 3 are talk radio.

GTA IV has generated perfect or near perfect reviews and scores on almost all of the games, and has sold over 70 million copies worldwide, as of March 2008.
Posted by Dancehallreggaeweseh.com at 9:33 AM