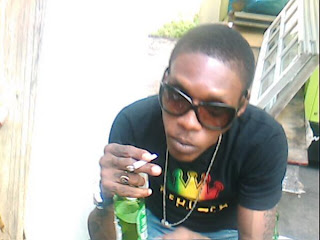 Irate show promoters in St Lucia and Guyana are planning to sue dancehall artiste Vybz Kartel for a series of no-shows over the weekend. Kartel and members of his Portmore Empire were reportedly booked for a concert in Guyana on Saturday night, after which they should have moved on to St Lucia to perform on the last evening of a three-day event called Love Fest.
Reports are, however, that while some members of the Empire turned up, Kartel missed his flight to Guyana, not once, but twice, after which the promoter was asked to send a charter. According to one report, this was done, but the plane sat on the tarmac on Saturday and the deejay refused to leave Jamaica. Conscious Minds Promotions in Guyana reportedly suffered tremendous losses when they were forced to cancel the show. The Sunday Stabroek in Guyana noted that "a press release advised that persons who purchased tickets for the show will receive full refunds beginning Tuesday at all ticketing locations".
The promoters are quoted as saying, "We again express our deep regret at the disappointment that our supporters must feel and pledge that we will make good with other promotions."
Meanwhile, the St Lucia promoter Andrew Hayles, in an interview last evening with the Observer, said that he had spent over US$20,000.00 on plane fare just to ensure that Kartel would be present for his show, Love Fest, which has built up a solid reputation during its eight years.
"Naturally, the Guyana promoter and myself have been communicating, since I was supposed to bring Kartel in from there. So those tickets went down the drain. Then I made direct contact with Kartel and he told me to send two first-class tickets for him and Jahvinci to travel from Jamaica. At 11:00 pm on Saturday we got the travel agent to open up her business place so we could purchase the tickets. Then plans changed and we were asked to get a charter and this was done. Then the next thing we know we hear on Sunday that Kartel had posted a statement on YouTube saying that he was not attending Love Fest in St Lucia and it was not the promoter's fault," Hayle said, still sounding bemused at all that had transpired.
A quick look at YouTube shows a 33-second clip with Vybz Kartel who identifies himself and then goes on to say "we a mek the people dem know from now that we won't be attending Love Fest in St Lucia ... but it's no fault of the promoters or the promotion which is Hot FM ... it's just circumstances beyond our control."
Hayles said he was aware that there were some "security issues and threats" and he had assured the deejay that he would have been closely guarded throughout his visit to the island.
"And then he doesn't even get in contact with us ... somebody told us that there was a statement on YouTube and that's how we knew that he was not going to take the charter. Well, we promoters have aligned ourselves, we have spread the word, we have even contacted BBC 1Xtra. And we are going to sue Kartel for our money. He charged us US$25,000.00 and he was paid his 50% deposit. We have to deal with Kartel," Hayles said.
He stated, however, that the concert would go on last night since there were other big names on the bill. However those persons who wanted a refund would be accommodated.
It was in May this year that Kartel was banned from Grenada for the event, Rap-it-Up, which was to mark the official launch of his Daggerin condoms in that island. Government officials reportedly refused to issue a work permit because of his violent lyrics.
Source: www.jamaicaobserver.com
Posted by Dancehallreggaeweseh.com at 3:12 PM