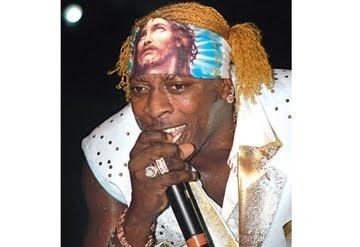 WHILE not in a clash mode at this time, as he is focused on his career, Elephant Man, the energy god, says he will have a face-off with Flossing King, Flippa Mafia at Sting "if the price is right".
A feud of sorts had been brewing between the two artistes in the second half of this year, and at one point, when the tune-fi-tune dissing became really intense, it looked like the argument was heading to the Sting courthouse for settlement.
"The two artiste dem did have a ting a gwaan and the fans did get excited, but after a while it come in like it just fizzle instead of sizzle," one selector commented.
Ele, in his defence, said he deliberately cooled down things because with so much war going on -- musical and otherwise -- he decided to be responsible and focus on giving the fans something positive instead. "Some real good dancing tunes to keep the hype and energy flowing in a positive manner in the dancehall," he said. "I am the man to keep the dance in dancehall," he added.
However, having been accused of "running from Flippa", Elephant is getting angry.
"Everybody know say we nuh 'fraid a nobody. You figet say a we name Scare Dem and a me name Ele?" he quizzed.
Therefore, on the question of a proposed clash, Ele said, "Sure... if the price is right."
And what exactly is the right price? "Since everybody fee start in the millions, then mine haffi up deh to. A cool five mil sound good to me," the energy god said with a laugh.
"Remember say a clash is a ting where you put you career on the line, you know. So if a man going to risk everything, then the promoter haffi pay. It simple," he said.
Ele noted, however, that he is fully booked this Christmas season and he will be dancing his way into the hearts of his fans "like me always do".
Source: www.jamaicaobserver.com
Posted by Dancehallreggaeweseh.com at 2:18 PM