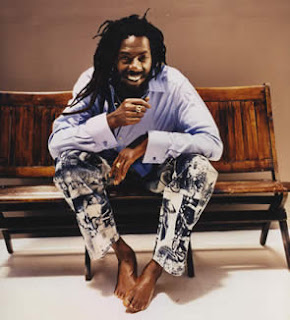 BY JACQUELINE CHARLES AND JAY WEAVER


Buju Banton, the Jamaican reggae star whose anti-gay lyrics have drawn international criticism, is in a federal lockup in Miami, facing drug conspiracy charges.
Drug Enforcement Administration agents say Banton, real name Mark Anthony Myrie, has been in custody since Thursday and will soon be transferred to Tampa, where the U.S. Attorney is charging him with conspiracy to possess with intent to distribute more than five kilos of cocaine.
Banton has homes both in Jamaica and Tamarac.
While legions of dancehall reggae enthusiasts view Banton as one of the most prolific voices of Jamaica's poor masses, critics say he's a gay basher whose lyrics incite violence by calling for attacking and torturing homosexuals. His songBoom Bye Bye, a dance-hall hit released in the 1990s, advocates shooting gays in the head and setting them on fire.
As late as September, Banton's local management told The Miami Herald that the criticism of the star was unwarranted because he had stopped singing the song years ago. The song remains a hit among reggae DJs.
Still, such lyrics have made Banton one of the more controversial reggae artists, with angry gay activists this fall forcing the cancellation of a string of concerts by the artists during a U.S. tour that included a Halloween night concert in Miami.
Recently the firestorm ratched up after the Grammys announced that Baton's album Rasta Got Soul, released earlier this year, was up for an award.
Gay Men of African Descent and the National Black Justice Coalition joined with the Gay & Lesbian Alliance Against Defamation in a petition drive protesting the nomination.
SOURCE: www.miamiherald.com
Posted by Dancehallreggaeweseh.com at 1:51 AM