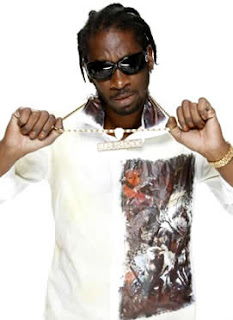 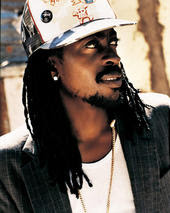 It has been a rather interesting 3 weeks. So much has been happening in the Jamaican entertainment industry. The late night murmurings of the plausible revocation of some of the major stars (Beenie Man, Bounty Killer, Mavado, Idonia, Selector Ricky Trooper) visas had twitter buzzing more than a hive last Wednesday (March 31, 2010). Many thought it was going to be a mere April Fool’s day joke; unfortunately this was no Alice In Wonderland Fairytale. This is a reality that has quite a number of artiste’s defecating bricks faster than a mason can lay them.

Numerous articles have been written expressing deep concerned over the financial implications for Jamaica. After all, how much more can we really withstand? Let’s look at our industries: Bauxite is limping, coffee is draining, bananas are rotting, tourism will soon get a bullet because of the ever mounting societal tension, sports are trod ding along while entertainment is under serious pressure. It is not far fetch or conspiratorial to think that perhaps soon the major powers might institute technical trade blockages, issue statements which affect the willingness of possible visitors to grace our shores and even deny Jamaicans the privilege of a visa to their land.

Many a person integral in the dancehall sphere or fans of the sub-genre have insinuated that it is the homosexuals who have cause the dent to the genre and severe pressure on the artistes, but how true is this?

What is truly uncanny is that every time we suffer a laceration to the entertainment industry the gays are blamed, when in fact there are other factors which are stemming its development. In previous articles, I have pointed out a number of these factors and many other players have written and spoken on the subject.

The artistes will defend themselves and say that they are writing about what they have experienced or seen. That in itself might be true, but there are many artistes who directly tell you what to do in a violent manner in their songs. Many supply armaments, many engage in highly salacious behaviour and glorify it and many encourage behaviours which run contrary to what is written in their ‘HOLY BOOK – THE BIBLE’, many fail to make appearances at shows for which they have been paid, many give lackluster performances yet demand high fees, and frankly many do not even have performance prowess and lyrical wit.

A recent and disturbing argument which I have heard and one which is gaining fluency and flow is that the dancehall genre is affecting the airplay of indigenous music of other lands, how can this even be true when at the Grammys the winner is not presented with the Grammy at the live show, when the sales of the genre is so low, and when you look at the Billboard Reggae charts there is a weak representation of local artistes not to mention the Billboard Hot 100 Chart. It is perhaps only in the islands that you might hear more Jamaican music on their airwaves and even that too might soon change. Just look at the restrictions being placed on promoters in those islands where dancehall acts are supposed to be the major pull.

From recent reports about 50 major players in the entertainment industry are being targeted and the police are being strict about cutting off dances / sessions. Is this related to the failed extradition of Dudus or is it that the people overseas are fed up with the overall lack of professionalism or our “artistes” and the poor quality of “music” that is being produced?
Posted by Dancehallreggaeweseh.com at 12:35 PM