IKAYA CHANTS ABOUT THE RECESSION 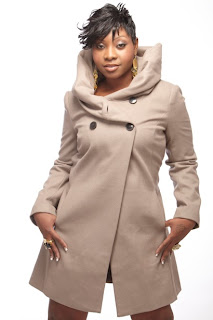 Outaroad artiste Ikaya, has followed up on her popular single Money Ova Man with a new release, Recession. In it the artiste acknowledges the fact that life is hard and many are at their wit’s end in order to survive, but she offers hope by pointing to the Creator.
“There is no doubt that the recession is affecting everyone, so I was inspired to do the song that I could turn their attention to our true source of hope — God,” she said .
According to Ikaya, just because life is hard it is no excuse to do anything negative. “We nah give up, ghetto youths meck wi foot it like soldiers...It’s not the way it used to be, recession a gwaan everyone a face it, but we still haffi try cause mi believe one day God a go help mi,” chants Ikaya.
The singer and Deejay who graduated from The Edna Manley College of Visual and Performing Arts in 2007, is gaining popularity on the local scene as well as on the North American circuit.
Presently Ikaya is enjoying a buzz on the music scene with songs such as Good Up Good Up and Money Ova Man.
Regarding the single, Ikaya says the message she wants to spread is that “life may be hard, but if you have faith in God, cling to hope and work hard, there will be a light at the end of the tunnel.”
TAKE A LISTEN BELOW
RECESSION . BY IKAYA by khoolray
Posted by Dancehallreggaeweseh.com at 5:18 PM