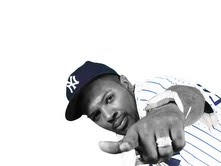 Joseph "Yankee B" Hannam was born in Waterhouse Kingston.
He migrated to the US at the age of 12. He started his musical career singing at schools and day-jam parties in addition to displaying his talents on sound systems and dub plates all over New York. This big buzz he created for himself, got him discovered by Hot 97 hosts, Bobby Konders and Jabba.

After doing first hit single Shave Them on the Massive B Label and getting lots of air play from all the top DJs in New York, other major label came calling. He signed with G Street V2 Records where he completed one album Mucho Dinero with the hit song That Feeling. It featured on BET and is a sound track in the movie Senseless with the Wayans Brothers. Yankee B has also with Big Pun , Kymani Marley, Sizzla and Shabba Ranks.

For a little while Yankee stepped out the limelight and during this period he became a born again Christian. Two years after sharing relationship with the Lord, Yankee B met Richie Righteous and teamed up to record songs and perform at concerts.

In 2005, Yankee B continued on the road to success by teaming up with some of his old Reggae crew,Shelly Thunder and Sweet Roze. They collaborated and created the label Christlike Records. Thei first project was a compilation album SoulJahs for Christ which was awarded Caribbean Gospel Rappers CD for the Year. The team went on tour performing live at shows in The Bahamas, Canada, and several hot spots in the US.He's well known in places like Florida, Washington and NYC. Also, Yankee B performed at Madison Square Garden in NYC with Pastor Shirley Caesar, Yolanda Adams, Juanita Byrum, Pastor Donnie McClurkin, Papa San, LT Stitchie, Canton Jones, and J Moss. Yankee B's records have been enjoyed in mainstream airplay on several radio stations including the Dhaved Levy show aired on WBLS.

Yankee B has won countless awards including The Tamika Reggae Awards' National DJ of the year in 1999. In the same year, Yankee B traded it all to serve the Lord because he believes, "Only what you do for Christ will last" 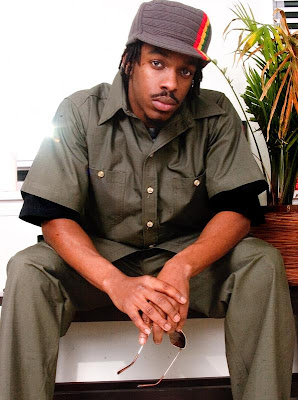 Tosh 1, the son of the late great reggae artiste Peter Tosh, will make his debut performance in Jamaica, at Life Fest Peace & Love Concert slated for May 1. Tosh 1 will join Damion and Stephen Marley, undoubtedly two of Jamaica’s mega international stars, on stage to deliver historic performances at the Ranny Williams Entertainment Centre.

Concert organizers view this latest addition to the event line-up as very significant step as years ago veterans Bob Marley and Peter Tosh performed together on stage for a similar occasion, a peace concert. “Life Fest Peace & Love Concert will see history repeat itself as the offspring of iconic Jamaica roots & culture veterans team up to deliver at the Carlyle Foundation second staging of what promises to be the most memorable concert of 2010,” stated Event Coordinator D.Escoffery of D'Empire Management.

According to Jawara McIntosh aka Tosh 1’s biography, his personal taste in music became influenced by the beats and lyrics of his uncle Bunny Wailer, Bob Marley and his father Peter Tosh. With his first remake of Tosh's "You Can't blame the youths he proved to himself and fan's that he was ready to awaken the spirit of his Father and deliver the message to his generation.

Other artistes slated to perform at the concert include international recording sensations Jazmine Sullivan, Liam Bailey & Alison Hines as well as Capleton, Queen Ifrica, I Octane, Richie Spice Konshens, Chino, Laden, Briggy, Tajji & Spragga Benz. The event will be hosted by 106 & Park’s first hostess, Free and Jamaica’s own DJ Bambino. MCs for the event will be Isis & Burger. Gates open at 7pm and show time jumps off at 10pm. Tickets are available at all leading ticket outlets: General admission and VIP advance ticket prices 1000 and 2000, at the gate 1500 and 2500, respectively.

Proceeds from the show will be donated to the Carlyle Foundation which operates under the motto ‘Preserve the YOUTH...Preserve the FUTURE’, assist deserving high/secondary school achievers who have demonstrated the ability to excel academically in their future endeavours.
Sponsors for this year’s event include BOOMTUNES, Spragga Benz Music, D’Empire Management, Team Force Audio, Ghetto Youths International, the Star, Grace Kennedy, YARDFLEX.COM, RE TV, Nesta Brand, HYPE TV, Sign Channel, Events R Us and DANCEHALLREGGAEWESEH.COM.
Posted by Dancehallreggaeweseh.com at 7:53 PM