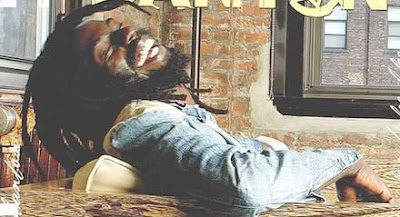 TAMPA, Florida — Alexander Johnson, the United States informant assisting prosecutors to seal a conviction against Reggae artiste, this afternoon testified that Buju Banton never entered into any drug deal with him.
Johnson, a Colombian national who had served three years for a drug offense, made the revelation under cross-examination from Banton's attorney David Markus.
He said Banton, whose real name is Mark Myrie, never sold or bought drugs and had never wired any money to him to invest in the illicit trade.
Johnson also admitted that Banton had never purchased any cocaine in Panama or Colombia and that their dealings never went beyond talk.
The informant did not readily answer when Markus asked if Myrie had stopped taking his calls in December last year.
"Didn't Ian Thomas tell you that he (Myrie) does not want to do anything man? Talk to me. He said that's not him, he is about music, he eats and sleeps the music?" Markus asked to which Johnson replied yes.
Johnson also told the court that he had no knowledge that Myrie had financed the deal that went sour in the police controlled warehouse in Saratoga, Florida when Myrie's co-defendants, Ian Thomas and James Mack were arrested attempting to purchase cocaine from Drug Enforcement agents.
Earlier the prosecution played a video recording of Myrie tasting the contraband in December last year. The footage showed the artiste, Thomas and an undercover cop at a location in Sarasota. A kilogramme of the drug was produced by the cop and Thomas used a knife to cut it open and Myrie used his finger to wipe the knife and sampled the cocaine.
Thomas described the drug as 'fish scale' a term Johnson explained to mean high quality. While the footage was being showed some of Banton's fans appeared disappointed while others watched with keen interest.
Johnson also testified that during a meeting Thomas informed him that he had a contact in Georgia with drug connections and that he (Thomas) would be the person who would be doing business.
Markus is expected to continue cross-examining Johnson when the trial resumes tomorrow morning.
Source: Jamaica observer
Posted by Dancehallreggaeweseh.com at 8:37 PM