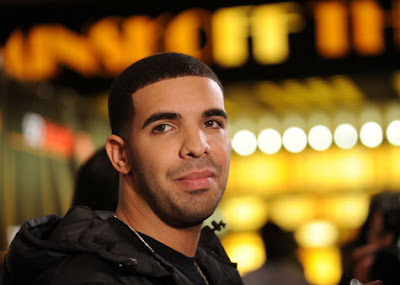 Back in June, Drake had considered naming his sophomore album Moments. But speaking with Rap-Up.com on Tuesday night at the launch of “So Kodak” in New York City, Drizzy explained that the title wasn’t written in stone.
Before he hit the stage at the Best Buy Theater in Times Square, the 23-year-old revealed that he no longer had a title for the follow-up to this year’s Thank Me Later. “I can’t tell you,” he said of the album’s new name—because he hasn’t settled on one just yet. “I don’t know yet, but we’re figuring it out.”
The Toronto native clarified that he was once again working with his go-to producers Noah “40” Shebib and Boi-1da, in addition to 9th Wonder (Destiny’s Child’s “Girl,” Jay-Z’s “Threat”).
“I started the album,” he said. “I’ve got some great stuff that I’m really excited about. 40’s in a really great place so he’s making great beats. I started working with 9th Wonder, so yeah, it’s good. It’s early though.”
In the meantime, Drake is prepping his R&B mixtape It’s Never Enough in time for the holidays and recently leaked its first track “I Get Lonely Too,” a cover of TLC’s “FanMail.” “I love the words in it and I love how 40 flipped the beat,” he shared. “So I just decided to put it out and give people an idea of the direction the mixtape was going.”
Source: www.rap-up.com
Posted by Dancehallreggaeweseh.com at 9:47 AM

Email ThisBlogThis!Share to TwitterShare to FacebookShare to Pinterest
Labels: DRAKE