JANET JACKSON PLANS TO RETURN TO THE STUDIO NEXT YEAR 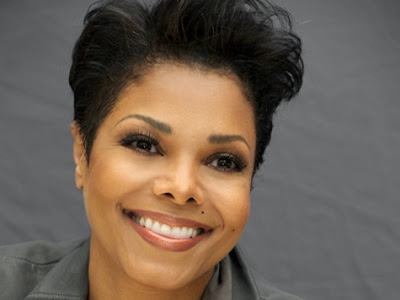 Janet Jackson has been focusing on Hollywood, having starred in two films this year, Why Did I Get Married Too? and For Colored Girls, but that doesn’t mean she’s abandoned music.
Miss Jackson assured her fans that she will be returning to music. “It’s always been a dream of mine to [do movies back-to-back], so I kinda put music on the back burner for a second to do this,” she told Larry King. “I will continue to do more films, but definitely I can’t give up music. It’s in my blood and I love, love, love performing, so I will make more music.”
She plans to get back in the studio after the new year, but is in no rush to put out an album. “I’ve thought to go in the studio and just take my time, fool around—next year.”
The CNN host suggested combining her love for music and movies into a musical film, to which Janet replied, “I would love to do that.”
Her last album, Discipline, was released in 2008 on Island Def Jam. She plays Jo in Tyler Perry’s For Colored Girls, arriving in theaters today.
Source: rap-up.com
Posted by Dancehallreggaeweseh.com at 5:45 PM