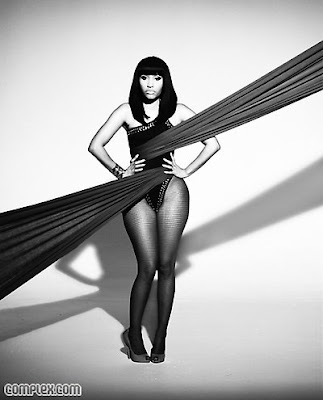 Nicki Minaj's Pink Friday has quickly become one of the year's biggest successes, breaking the record for female rapper first week sales, and managing to go past Gold in its 3rd week, but one person is not a fan of the Harajuku Barbie's album - her ex-manager Debra Antney. In a recent interview with Billboard Magazine, Antney - who also manages Waka Flocka Flame & Gucci Mane, - said, on the topic of Pink Friday,"It's terrible. I like some stuff, but she went too left. I don't think people were ready for her to come [out with pop]. When I had Nicki, I really wanted her to sing. That's why I took her for training cause Nicki loves singing, but she kept saying to me, 'Deb, I can't do it yet because people won't understand.' And that's why the [rap] mixture was done to introduce them to all of Nicki. I think ["Pink Friday"] was very disappointing to a lot of her fans." Ms. Antney also shared her thoughts on the Minaj/Lil' Kim 'beef,' saying that Nicki "didn't have to go there with [Lil' Kim]. My views on that is that she came too far to go back that route. And Kim does not even have to go there. There are no comparisons to them. Some things are best left unsaid. The whole things is stupid." Well damn!
Source: globalgrind.com
Posted by Dancehallreggaeweseh.com at 1:32 PM