Teena Marie May Have Died After Seizure 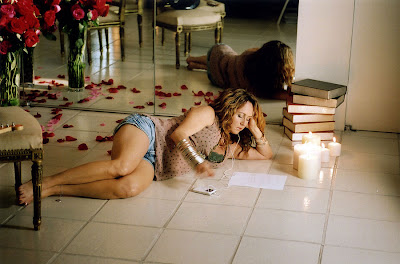 R&B icon Teena Marie may have died from suffering a grand mal seizure, according to reports that are surfacing after the star was found dead in her Pasadena home the day after Christmas.
Sudden unexplained death in epilepsy, or SUDEP, is typically associated with these most intense seizures and likely results from problems with breathing or heart rhythm, said Dr. Jacqueline French of NYU Medical Center and the American Academy of Neurology.
Yet researchers still aren't certain about the exact mechanism by which it leads to death, and caution that it isn't very common among all patients with seizures.
“When seizures aren't controlled, there's a small risk of sudden unexplained death," French told MedPage Today. "But 99 percent of the time when people have a seizure, that doesn't occur."
There has been some speculation that the singer may have been treated for epilepsy. According to entertainment website TMZ.com, the Los Angeles County coroner's office found diazepam (Valium) in her home, which friends say she stopped taking due to side effects before switching to herbal remedies.
The website also reported that she has suffered other seizures, as well as another grand mal only a month ago. She allegedly had requested that someone always accompany her to bed in fear that she would have another.
Dr. Shlomo Shinnar of Albert Einstein College of Medicine in Bronx, N.Y., said withdrawal from a benzodiazepine like Valium can trigger seizures, even in the general population. For an epileptic patient, he said, coming off seizure control medication certainly increases the risk of convulsions.
"If you have a seizure disorder and you stop taking your medications, then you increase your risk of seizure and that can happen the next day, two weeks later, or two months later," he told MedPage Today.
Last week in the New England Journal of Medicine, Shinnar and a colleague reported that patients diagnosed with epilepsy as children have higher rates of death than the general population. In fact, almost 10 percent of these deaths were sudden and unexplained -- even in patients who'd been in remission without medication for many years.
Source:ABC NEWS,
Posted by Dancehallreggaeweseh.com at 1:53 PM