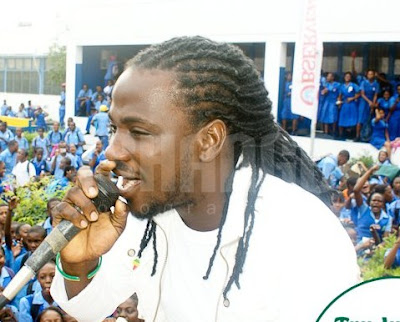 NEW YORK, NEW YORK: The entertainment community in New York is bracing for the arrival of reggae firebrand I- Octane whose sizzling performances have ignited the audiences in Jamaica and sparked a demand for his soothing brand of dancehall reggae on the international scene.

I Octane will be heading to New York later this month for a whirlwind press junket which will begin with a press conference and "meet and greet" at the popular Caribbean eatery, Negril Village restaurant.

The press conference, which is exclusive to members of the media fraternity, will be moderated by Pat McKay of Sirius Satellite Radio, and begins at 6:30 pm. Then at 8 p.m, there will be a “meet and greet” where the artiste will be able to take pictures with his fans and sign autographs. The singer will round out the night with a performance at "Wah A Gwaan" Wednesdays in Brooklyn, New York at Club Temptations.

I-Octane had a marvelous year in 2010 where he scored three number one hits with the breakout hits, Lose A Friend, My Life and Puff It. Last year, he copped several major awards including Stone Love culture artist of the year, Jamaica Observer male singer of the year, Jamaica Star People's Choice Award male singjay of the year and Hitz 92FM Male Reggae Artist of the year. He also earned a contract with Digicel that affords him the distinction of being the company's “Brand Ambassador”.
Widely regarded by music critics as the new face of 21st century reggae, Octane is poised to take his music to the next stratosphere as the demand for his music grows internationally. He will make the first step towards meeting this demand when he embarks on a two-month tour, dubbed the “My Life” tour, later this Month and which will include shows in the United States, Europe and Canada.

During this promotional run in New York to promote the tour, I-Octane will conduct radio, print and television interviews, make appearances and do a few performances in the Tri-state area. Octane is slated to appear on radio stations such as Sirius Satellite Radio, WBLS 107.5FM, Irie Jam Radio 93.5FM, Linkup Radio 93.5FM, Hot 97 (NYC), 105.1FM, Hot 97 (Boston) and others. Additionally, the singer will host Upscale Crowd's weekly party at Rebel Nightclub in Manhattan on Saturday, January 29, 2011.

Posted by Dancehallreggaeweseh.com at 3:15 PM