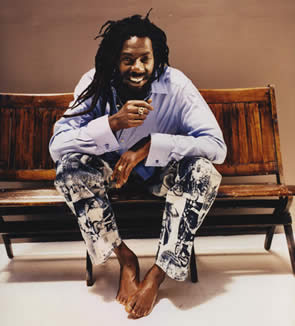 TAMPA, USA — The court this morning started hearing recordings of the conversations between Buju Banton and confidential source Alexander Johnson.

During the recordings both men could be heard discussing a drug deal from Venezuela to Europe and discussing the cost of purchasing several kilos of cocaine.

In several exchanges Banton could be heard pressing Johnson about finding people from whom he could purchase cocaine.

Johnson, however, said he did not purchase but that he was a transporter.

At one point Banton could be heard complaining to Johnson that he found it hard to find people in the drug game to trust.

Earlier this morning before the trial resumed, family members and friends of Banton read Psalms and prayed. But some later seemed deflated at the playing of the recordings. Some sat with their heads bowed.

During the playing of the recordings, Banton sat staring at Johnson, while Johnson kept his eyes fixed on the computer before him.

Banton could also be heard on the recordings asking Johnson if he could help with the transportation of diamonds from Africa to Europe. He told Johnson that the smuggling of diamonds was much cleaner.

After a short break, more tapes were played and evidence was given by Johnson that he was introduced to Ian Thomas by Banton on December 8, 2009.

After the introduction Thomas told Johnson that he had people who wanted drugs to buy. During the conversation all three men were discussing the cost of drugs in the various states in America.

Johnson and Thomas then made arrangements for a deal to be done. At the end Banton could be heard saying “done deal” to Johnson.

In court Johnson said he interpreted that to mean that Banton had approved of the two doing the drug deal.

Banton, whose real name is Mark Myrie, is being tried for conspiracy to possess with the intent to distribute cocaine; attempted possession with the intent to distribute cocaine; possession of a firearm in furtherance of a drug trafficking offence; and using the wires to facilitate a drug trafficking offence.

If convicted, he faces up to 20 years’ imprisonment.

Banton had originally been tried on charges of conspiracy to possess with intent to distribute cocaine, and aiding and abetting the possession of a firearm during a drug-trafficking offence. His trial resulted in a hung jury last September.

A new indictment was secured last November by Preston in an effort to secure a conviction against the Jamaican artiste, whose legal team is claiming that he had been entrapped by the US Government.

The artiste was arrested in December 2009 as part of a sting operation.

The trial, which resumes at 1:15, is being held in the Sam M Gibbons Federal Court in Florida.

Posted by Dancehallreggaeweseh.com at 10:20 PM