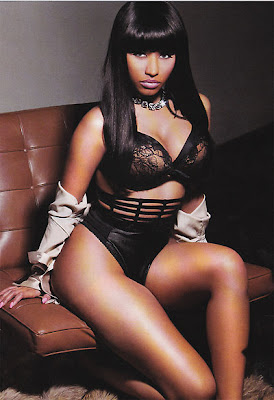 Popular United States artiste Nicki Minaj will be performing in Jamaica for this year's Reggae Sumfest on July 21-23.

Minaj will be performing alongside a dynamic group of local and international acts including Beenie Man, Jah Cure, Tanya Stephens and I-Octane.

The event, dubbed the greatest show on earth, kicks off with a beach party on July 17 and promises a bigger, better experience for patrons. The line-up is a major pulling factor for the thousands who are expected to descend on to Catherine Hall for the festival.

Onika Maraj, aka Nicki Minaj, has been confirmed to perform at this year's Reggae Sumfest, and the rapper, singer-songwriter has promised to deliver her best set. Minaj, who is currently at the top of the rap game globally, will be one of the headline acts on International Night 2 and head honcho of Summerfest Productions, the organisers of the event, Johnny Gourzong, could not contain his excitement of having her on the bill.

"Last year we had a tremendous festival with great Jamaican and international acts. This time around patrons will again be treated to amazing performances with the likes of Mavado, I-Octane, Beenie Man, Jah Cure and so many other great artistes," he stated in a release.

He further said; "Nicki Minaj, one of the hottest acts in the world right now, will also be treating her multitude of fans to a scintillating performance."

Posted by Dancehallreggaeweseh.com at 2:44 PM