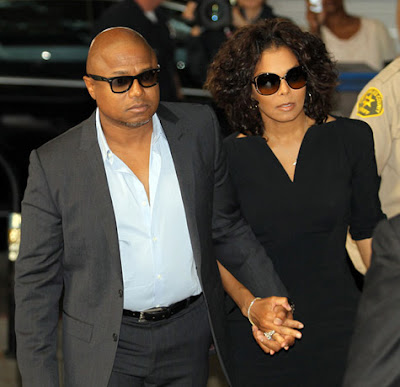 Janet Jackson was by her family’s side for the opening statements of the Michael Jackson manslaughter case today in Los Angeles. The mood was somber as the youngest Jackson, dressed demurely in black with sunglasses, walked hand in hand into the L.A. courtroom with her older brother Randy. Her parents, Katherine and Joe, and siblings were also in attendance for the start of the trial of Dr. Conrad Murray, who is charged with involuntary manslaughter in the June 2009 death of the pop legend.

Posted by Dancehallreggaeweseh.com at 12:57 PM