Amid controversy, Prodigal's new song blends in the ‘juggling’ 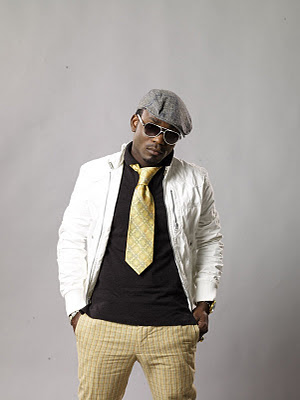 KINGSTON JAMAICA - While one religious radio station is debating whether or not to play gospel artiste Prodigal Son’s latest single, Love Me Like This, the dancehall has embraced the song with religious zeal.

Love Me Like This is blared from the speaker boxes of many hardcore dancehall sessions and selectors confess that “it calm down the people dem and bring things back to a level”.

According to Kevin Genius, selector on Musical Riot and Mackies sound systems based in Yallahs, St Thomas, “This lickle tune yah bad. It have a Christian thing 'bout it because of the artiste who singing it … and you know,,, plenty Christians in the dancehall. But it also have that lovers thing that the people can relate to. So any way you take it, the tune bad.”

And Kevin Genius isn’t the only one singing it praises. Radio disc jocks have added Love Me Like This to their rotation and play it religiously. During the week, it is played in the secular juggling, while on Sundays, it is placed in the gospel mix. It is even requested on gospel programmes.

According to Prodigal Son, that’s exactly the way he envisioned it. His aim was always for the song to have cross-over appeal. But even he admits to being pleasantly surprised at how swiftly it has taken off in the dancehall,

“As a gospel artiste, you have to find a way to reach the masses. I have always tried to have a couple songs which I think will cross over into the dancehall and proclaim Christ. I am a student of the dancehall and I know that despite the fact that dancehall people like the slack songs, they also have a deep appreciation for gospel. I have seen selectors pull out Sanchez’ Amazing Grace in a hardcore session and the place tun ova. You would think is church,” he explained.

Prodigal pointed out that he is at a place in his Christian ministry now, where he is so firmly rooted and grounded that he can confidently sing a song like Love Me Like This.

The artiste says he is now looking about shooting the video for the single, and this, he promises, will be something “very special”.
Posted by Dancehallreggaeweseh.com at 11:36 AM

Email ThisBlogThis!Share to TwitterShare to FacebookShare to Pinterest
Labels: Prodigal