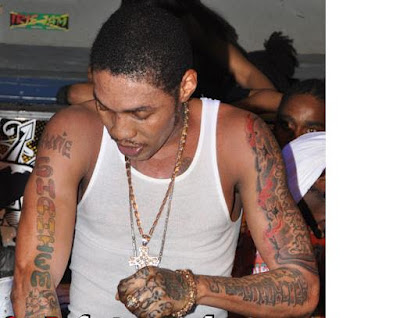 KINGSTON JAMAICA - Vybz Kartel was granted bail in the sum of $3 million when he appeared in the Home Circuit Court yesterday.
He was granted bail on the murder charge relating to the death of Barrington 'Bossie' Bryan who was shot dead while standing among a group of persons in Gregory Park, St Catherine in July last year. Kartel will however, remain behind bars as he faces another murder charge in relation the death of Clive 'Lizard' Williams. He will return to court on April 13.
Posted by Dancehallreggaeweseh.com at 8:57 AM