CECILE TO PERFORM IN DUBAI THIS DECEMBER 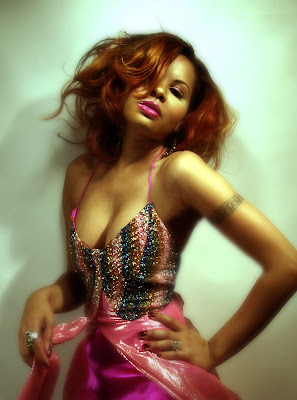 “I am excited about going, it’s always a great experience to visit different cultures to see how the music is penetrating those markets, and I am definitely looking forward to the trip,” she said in a release.

She will perform at the Majestic Hotel's Music Room and judging by the fan response on Twitter, her fans are all "waiting" impatiently for the arrival of Jamaica’s ‘bad gyal’.

A tireless recording artiste known for her distinct swagger and up-to-the-minute street vocabulary, Cecile has barely missed a beat since becoming pregnant and having her baby girl on August 27th. And now that she has returned to music full time, the dividends are already paying off.

Reggae music critics and insiders have been raving about her new reggae tracks, "If You" and "Girl on the Side" which have been enjoying a lot of airplay. Another single, the dancehall-flavoured "Put It Deh" CeCile is bombing FM radio into submission, leaving many to wonder how she has been able to seamlessly re-enter the competitive industry at such a high level.

The Bad Gyal mom worked throughout her pregnancy (up to 7 months) so few people realized she was actually pregnant.

“I didn't do a lot of club shows because my fan base expects me to be sexy, I focused instead on doing festivals where the emphasis is more on the music,” she said.

Now, she is back at her sexy best.

Only two months after giving birth, the energetic diva wowed thousands of people during her first gig at the National Arena in Jamaica on October 15th. Her virtuoso performance during the homecoming for the Jamaican Olympic athletes dubbed "Jamaica's Music History Honoring Our Olympic" emphatically announced her return to music.

“I loved the reception of the audience, it was great,” she said.

CeCile, a homegrown star from Manchester who attended Bishop Gibson High school, landed two major international collaborations this year, both of which were released during her pregnancy. One was the sexed-up party song "Boys Boys" with Brazilian Group Bonde Do Role which was produced by Mad Decent and Diplo.

“Diplo sent me the track, and it was just a blank track and he asked to lay down some vocals about boys, the band vocals were not even there yet, and the song just took off,” she said.

The other was the offbeat and funky ‘Galaxies and Stars’ with Doctor P wowed Europe as another massive dub step banger in the vein of her radio hit Gold Dust which, coincidentally,  is now back on  BBC's 1xtra A playlist.

“Dubstep is big in the UK, and the ‘Galaxies and Stars’ did well, but it is the Gold Dust song which has really taken off, it was even played at the NBA All Star game earlier this year,” she said.

Cecile was unable to appear in the videos for the international collaborations as she was pregnant at the time of the shoots.

She performed in St. Maarten on November 17 for the annual Boardwalk Festival along with Steel Pulse and returned to fan favourite Guadeloupe on November 24.

Expect a huge tour announcement for the badgyal for the 2013 season and a slew of new reggae releases including hits from super producer Chrome on his Cardiac Series, ZJ Liquid, Johnny Wonda on Corna Shop, G Money's Prime (Kenya) to name a few!

Posted by Dancehallreggaeweseh.com at 6:03 AM