Reggae star I-Octane leaves footprints across the US. 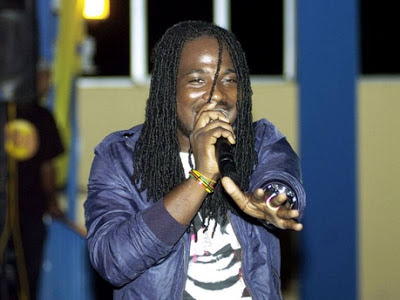 JAMAICAN reggae star I-Octane continued to blaze a trail across North America with back-to- back shows in the United States (US), recently.

The first stop was at Club Warehouse in the DMV (Washington DC, Maryland, Virginia) metro area on May 17, and the second in West Palm Beach, Florida, at The Palace the following night.

“When we say ‘ruff up road’ or ‘do road ruff’, there are multiple meanings, but this is the literal meaning of it, when we go from handling the business in Jamaica, then travelling to spread the vibes and touching the people in different places”, said I-Octane, who has amassed an impressive slew of hit songs in a few short years.
His mission on this tour is to connect and develop a deeper relationship with his audiences as he builds his name as a brand that is synonymous with not only reggae and dancehall music, but Caribbean culture as a whole.

He is currently playing at venues that cater to the Caribbean diaspora throughout the US, and spends much of his time in the communities, bonding with his fellow Jamaicans and other Caribbean people.

Digicel/Busta brand ambassador I-Octane says he is exploring how the people of the West Indies co-exist in various cities, while maintaining the subtleties that make their heritage so unique. 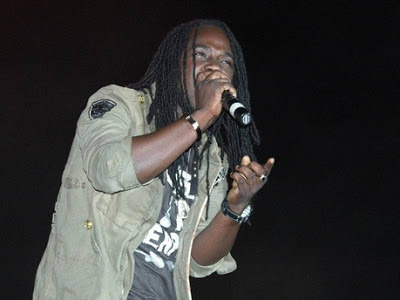 “It’s interesting in these places that the people naturally have done what CARICOM and other (integration) initiatives in the Caribbean have failed, and that is to bring unity among each other,” said I-Octane.

In DC, the singjay who always preaches the value of education in his music, visited Howard University where he met with members of the Caribbean Student Association at their newly minted Caribbean tree on the campus.

President of the association Maygn Wells explained that the Caribbean tree and the plot where it stands represent a place where students of Caribbean heritage bond in a spirit of camaraderie in their shared ancestry.

The association has been active since 1944 and boasts a large membership that includes Dr. Eric Williams (first prime minister of Trinidad and Tobago), Dr. Keith Mitchell (former prime minster of Grenada), Percival Broderick (former deputy prime minister of Jamaica) and the Honorable Dr. Ewart Brown (the premier and former minister of tourism and transport of Bermuda) among many other notable professionals.
In West Palm Beach, aspiring mogul and the show’s promoter Leighton ‘Frass’ Williams, formerly of Hype TV in Jamaica, organised a meet and greet, where I-Octane discussed his ambitions to be an ambassador for Caribbean culture, specifically in the reggae and dancehall realm, carrying the torch and exploring various avenues to push the boundaries and raise the bar for artistes like himself.

He told media, “I come into each market a day or two early and hold a vibes with the people. Wherever I go, I make sure I go into the community, support the local Caribbean business, if time permits, play some football with the warriors on their garrison like we did last week in Connecticut and just reason with my people, in general, to get a feel for their trials and triumphs in their new homes.”

“It’s important that I gain new fans, but they have to come in an authentic way, I want them to see the support I get from my base and understand why my core audience is attached to me. Essentially, my goal is not to cross over, but have the new people who are now getting introduced to my music and my movement to cross over to us.”

The energetic Rasta performer continues to garner rave reviews for his live shows, which have evolved to include a string of new hits while incorporating the classics which caught the ear of his loyal fan base and broke him on the scene five years ago.

“I’m most proud that my show has become interactive, and I love that the people get a chance to see different sides of me. I consider myself one of the most well rounded artiste’s reggae music has seen in quite some time and I look forward to my fans, new and old, growing with me,” he said.


I-Octane is currently working on a documentary to be released with his forthcoming album. Exclusive content such as clips from the documentary, videos, free music downloads and merchandise can be viewed on his new social-media hub. itsioctane.com.
Posted by Dancehallreggaeweseh.com at 1:59 PM